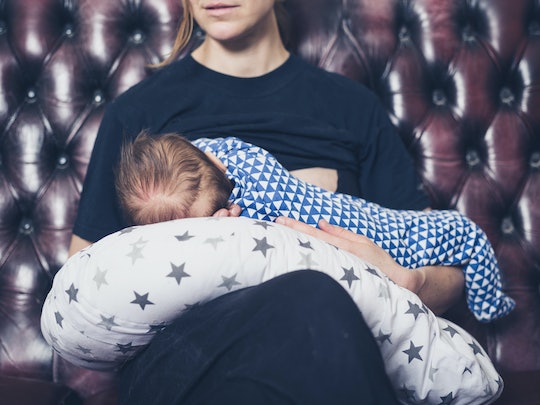 How Society Will Shame You For Being A Nursing Mom

Ever since someone pointed out how much more women tend to apologize than men, I have made a sincere effort to knock it off (unless I actually have something to be sorry for). However, despite the fact that women have been socially conditioned to apologize, more or less, for existing in the first place, not everything requires an apology and we can stop. For example, there are times when you are expected to apologize for being a breastfeeding mom that are, plainly put, bullsh*t. So stop apologizing. No, don't apologize for apologizing! This is what I'm talking about ladies!

I hope you guys are down for a feminist rant, because that's kind of where I'm going for a second: ultimately, any argument someone has against breastfeeding (or breastfeeding in public) will come down to female bodies and perceptions female sexuality. The "standard" body and mode of existing in public is cis-male, and everyone else's body is "other." So anything we do or have that a cis-male body doesn't do or have, is treated as something we have to hide or, when that's not possible, either apologize for or be ashamed of.

Add the fact that breastfeeding has been pushed so firmly into the private sphere for so long that this very basic function of maternal and infant life has often been viewed as subversive when done outside the walls of one's own home, and you have a recipe for constantly feeling like you have to say "I'm sorry." There can often be a lot of shame and, as such, pressure to apologize associated with breastfeeding (and breastfeeding associated issues) in the presence of another person, but please do not say "sorry" for any of it, including the following: