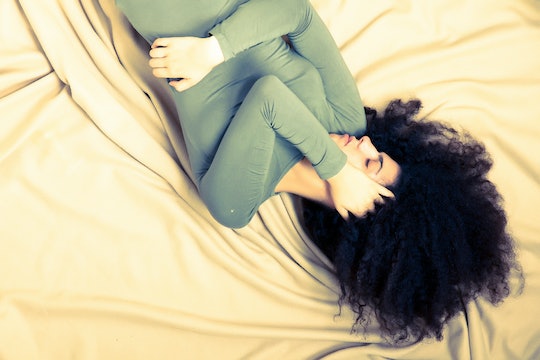 8 Ways Being A Hot Mess Prepares You For Motherhood

The things that have prepared me for motherhood where things I never thought to consider particularly useful. Being a writer has helped me deal with judgmental moms because, well, if you can survive a comment section you can survive anything. Being a former-athlete has helped me deal with the sleepless nights because nothing is as bad as a 5 am, three hour basketball practice. Then, of course, there are the ways being a hot mess prepares you for motherhood, because nothing is as chaotic as parenthood so the less you have your sh*t together, the less sh*t you're likely to lose.

Before I became a mom, I thought over-preparation was the name of the parenting game. I read the books and I did my research and I asked all the questions, taking notes like the diligent student I tried (and failed) to be in college. Yeah, that was all freakin' useless. My kid doesn't give a sh*t about a few chapters in a baby book. Instead, he does his own thing and follows his own rules then makes up other rules that I have to learn on the fly. Kids are crazy, you guys. They're unpredictable and sometimes unnecessarily difficult so, in my experience, if you go into a situation with zero expectations or any idea of what to do, you're less likely to fail. Instead, you'll figure it out as you go and make up your own set of "mom rules" that fit your specific and unique needs and before you know it, you're actually surviving. Sure, you're a mess and exhausted and whatever, but you're surviving.

So let's make a toast (in our "mom-juice" filled sippy cups) to all the former hot messes-turned moms. Who knew that not having the slightest clue as to what you're actually doing, can be the reason why you end up being the best mom ever.

More Like This
10 Of Drew Barrymore’s Best Quotes On Motherhood
10 Of Céline Dion's Best Quotes on Motherhood
Katrina Scott On Being First Pregnant Model In Sports Illustrated’s Swimsuit Issue
Ashley Graham On The “Fun, Organized Chaos” Of Raising Twins