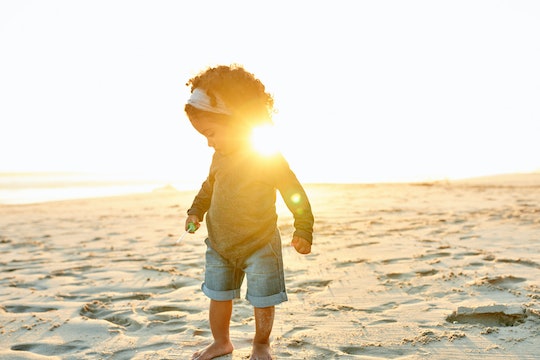 I'm not the type to say "yes" just because I'm uncomfortable saying "no." But even for me, telling someone "no" isn't the easiest thing in the world, and I still feel bad when I do. And if you're like me, you probably procrastinate and put off saying "no" until the last possible second, which always makes it worse. When I became a parent, I realized I wanted to teach my daughter to say "no" without apologizing and without feeling bad about it, and it's honestly a skill all of us (read: women who are conditioned by society at large to say "yes" to damn near everything) could stand to perfect.

Of course, teaching my daughter to unapologetically say "no" isn't just about her eventually being able to turn down some annoying offer to attend a last-minute dinner party, or denying a rude coworker when she's asked to do their work, too. It's about a lot more than that. It's about serious situations that my daughter will, unfortunately, probably face in her lifetime. It's about teaching her to use her voice forcefully, so those around her take her and her requests, or refusals, seriously.

During the last presidential election, when the Billy Bush fiasco was coming to light, I had some very serious revelations about what I had allowed to happen to me over the course of most of my high school and college years. I realized, quite abruptly, that I was a product of locker room talk and a culture that expects girls and women to go along with whatever comes their way, sexually or otherwise. And having a daughter certainly made it all the more clear that there was going to have to be some real active discussion, spearheaded by both myself and my husband, to change the narrative for her. In my opinion, that discussion can start right now and in the following ways: