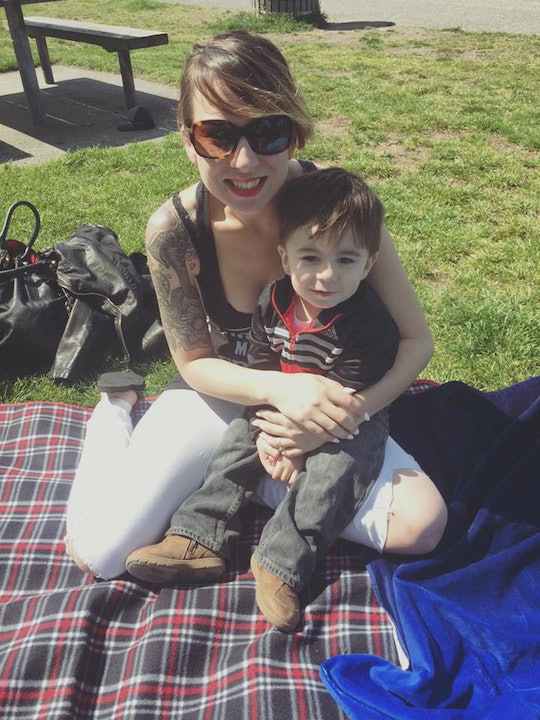 When you become a mother, it seems (sadly) that you open yourself up to endless scrutiny and commentary. Whether it's people commenting on your pregnant body or wondering about labor and delivery or asking you about your postpartum life; any sense of social decency and etiquette go out the window. It's exhausting if you're any mother, but if you're a mom with visible tattoos, I'd argue it's substantially worse. There are so many creepy things people say to moms with tattoos that can ruin even the most pleasant of days you spend with your child (and why, oh why, would someone set out to ruin those?).

I have nine tattoos, the majority of which are visible. I have a half-sleeve I boast with unapologetic confidence, which garnishes more than its fair share of unsolicited commentary. At first, I was surprised by the responses I get as a mom with tattoos. I mean, times are changing and our society is (I would optimistically like to think) more accepting and we tend to try and live our lives by that clichéd, "don't judge a book by its cover" rule. However, people are flawed by nature and judgement happens and, with that judgement, comes some creepy responses that tattooed mothers, unfortunately, have to stomach.

I'd like to see a world where society doesn't seem ridiculously comfortable making inappropriate comments about a mother's body or, you know, a mother in general. But, until that day, I ask you all to sulk in sadness and disappointment with me, as I go over the nine creepiest things people say to mothers with tattoos. Misery loves company, right?

More Like This
Ginger Zee Had A Perfect Response After A Troll Asked Her "Who's Raising Your Kids?"
It's A Beautiful Day In Jenny Slate’s Neighborhood
35 Relatable Quotes That Prove Being A Mom Isn’t Easy
15 Fun & Historical 4th Of July Facts To Share With Your Kids