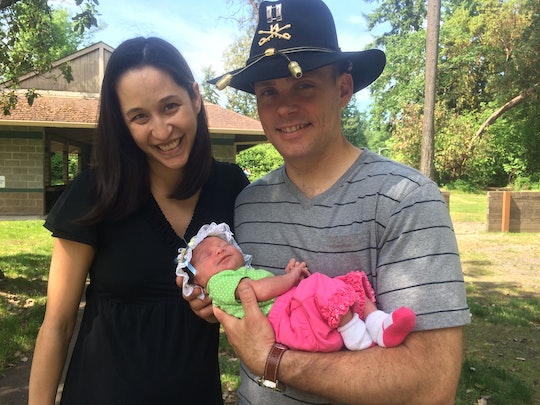 On July 4th, we celebrate the anniversary of the original 13 colonies' declaration of independence from England and the formation of a new nation, our beloved United States of America. Independence Day is a day to show pride in our country and our appreciation for the freedoms we've been granted. It's a day for all Americans from all walks of life, but it can take on special significance for the men and women who serve and the people who love them. So there are a few things this military spouse wants you to know this 4th of July.

I never imagined I'd be a military spouse. In fact, I once promised myself I'd never move for a relationship. Then I met the man who would become my husband, and he happened to be an officer in the U.S. Army. I loved him and knew I wanted to spend my life with him at my side, and so I became, well, a military wife. I've been through two permanent changes of station, navigated Tricare, memorized his social security number, learned military time and the phonetic alphabet (kinda), purchased a daddy doll, and made friends all over the country. We're currently on the tail end of a year-long deployment, during which I started two part-time jobs while I cared for our toddler. It's a unique lifestyle, that's for sure.

I've always loved the 4th of July: sparklers and pop-its, hot dogs and watermelon, and friends and family. Now that I'm a military spouse, though, I find it means a little more to me, so there are more than a few things I want those celebrating on the 4th, to know: