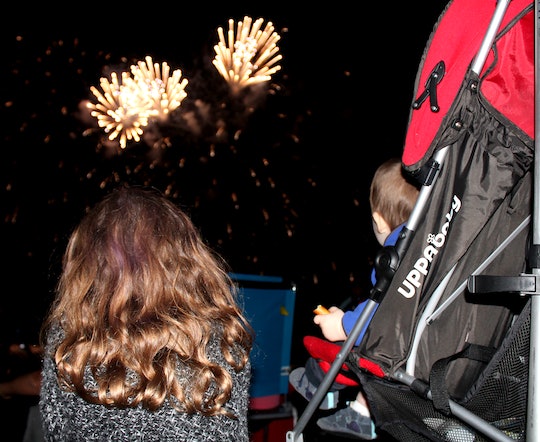 In 2002 I attended an Independence Day celebration that ingrained itself in my memory and heart. The celebration, hosted by the local city government, incited a sense of patriotism I hadn't previously felt. The majestic fireworks, the emotional music, and the raw American culture were at their most powerful. I finally understood and felt the freedom and liberty I have been taught about as a young immigrant cautiously assimilating. Since then, my patriotism thrived, which is why there are certain things I want my kids to learn about resistance on the 4th of July. I want my kids to know that patriotism is fighting for the good of our country and its citizens and, in the end, patriotism comes in many forms. I want my children to know and understand the importance of The Declaration of Independence and how difficult the journey for our independence was.

In 2003, I finally became a naturalized citizen of the United States. I had recently joined Army ROTC in college and had to attend my naturalization ceremony in my ACU uniform, since it was the middle of a school day. I proudly walked into the courthouse in my uniform, took the Oath of Allegiance during the ceremony, was handed my naturalization certificate, and was welcomed to the United States (even though I had lived here as a permanent resident since 1994). You guys, becoming a citizen of the United States is actually pretty amazing, and I am incredibly proud to be an American citizen.

The citizenship granted me the right to do one very important thing that permanent residency did not allow: the right to vote. I couldn't wait to be able to vote, to make my voice heard, to have an impact on my local, state, and national communities. I went to anti-Iraq war rallies held on my college campus, I joined several political groups, and I went to a massive John Kerry rally, because at that time I wanted "anyone but Bush." Then I finally voted in the 2004 election for the first time. Pushing that button and wearing that "I Voted" sticker was one of my proudest moments as an American citizen.

I then voted for President Obama and cried when he was elected. I was pregnant with my first child and I was so happy she would be born into a world where we finally elected someone other than an old white man. I wrote to my unborn daughter on that day, as follows:

"I can't help but to think of you. I was thinking about you the entire election. Ever since I became pregnant with you, I was worried about bringing you into a world where money is more than tight and jobs are less than stable. And today I know I will be bringing you into the world of hope and change. I hope you will grow up in a world that is a lot less racist and a lot more open-minded."

Oh, how naive I was. I was unknowingly living with white and middle-class privilege. I did not know the underlying issues so many Americans continued to face, despite Obama being our president for eight years, and it is my fault. Well, I'm officially more woke than I have ever been before (better late than never, I guess), and on this 4th of July I want my kids to know about patriotism and resistance because I don't want them to be ever taken by shock like so many of us recently were.