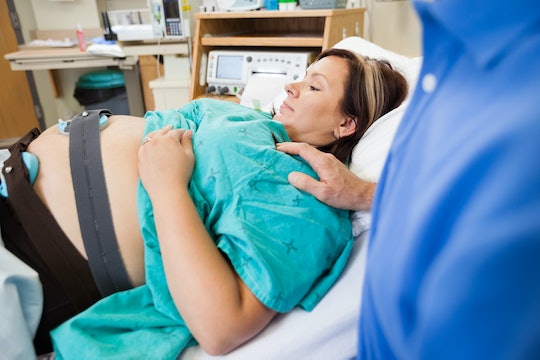 I recently found my birth plan, three years after bringing my child into the world. I sat down and had a good laugh at how I thought it was all going to go, prior to knowing anything about childbirth. Man, I was clueless. When I look back on that fateful, scary, but ultimately wonderful day, there are more than a few things that still surprise me and explain why labor and delivery doesn't make sense to me at all, even now.

My birth plan clearly stated I wanted my delivery to be unmedicated, unless it was absolutely necessary. Turns out, "absolutely necessary" was about an hour after admission into the labor and delivery ward of the hospital. I said I wanted music playing softly. Ha. The music annoyed me one song in and I banned it. I wrote that I wanted minimal staff in the room, but I ended up with a team of 15, including student nurses, doctors, and surgeons. I named my husband as my birth coach, but he was sent home sick and missed the birth of our son altogether. I wrote that I wanted delayed cord clamping, but my umbilical cord ruptured and led to a dramatic emergency birth.

In short, the birth of my son was nothing like I thought it would be and, as a result, three years later there's still a boatload of things about labor and delivery that don't make any sense to me. Things up to and including the following: