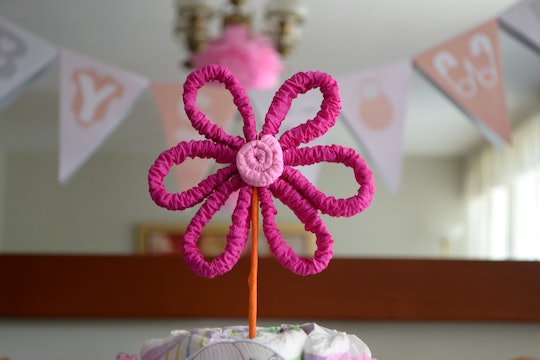 Everything I Secretly Love About Baby Showers

Baby showers can be a polarizing topic, not unlike politics, religion, and the hierarchy of ‘90s boy bands. Yes, I recognize they’re a rather dated tradition, the games can be awkward, and the interactions forced. I’ve experienced that all for myself a number of times. However, that doesn’t mean I’m not actually a fan of baby showers. In fact, I’d even go as far as saying that there are a number of things I secretly love about baby showers. That’s right, I said “love," and I freakin' meant it, my friends.

Perhaps it's because they remind me of the years I spent in a sorority during college, or because they give me an excuse to browse all the racks of cute baby clothes at my retailer of choice. Or, maybe it's simply because, at it’s core, it’s an event celebrating someone I like, and we should really all have more events held in our honor (and especially when we're growing literal people inside our own bodies).

It could be any combination of the above and the below items, too. The point is this: I just like baby showers. I will attend them when invited if at all possible, and I remain grateful for the showers I’ve had. So, should anyone I know or love express trepidation at attending an upcoming shower, you definitely won't see me hesitate to remind them of the following: