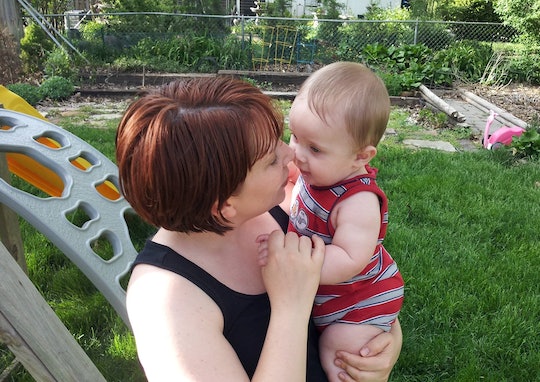 When I first became a mom, I used to joke about motherhood being a full-time job with no pay and rad benefits. Then I became a single mom and realized I had no idea what being a full-time parent was actually like. Without a doubt, single parenthood is pretty much the hardest thing I've ever done. It involved a lot of sleepless nights, missed events, and the absence of solo-trips to the bathroom (or anywhere, for that matter). There are so many things single moms can't do that other moms take for granted, and sometimes simply acknowleding that fact can make a single mom feel seen, heard, and valued.

When I was married to my ex-husband I honestly already felt like a single mother. I mean, he was rarely home and wasn't a very involved parent. Then I actually became a single mom and realized that wasn't the case. Like, at all. When I was married, at least I could take a shower by myself or go for a run without having to take the day off from work or push the kids in the jogging strollers. I was unhappy in my marriage, to be sure, but I also received way more respect from people as a married woman with kids, than I did as a struggling single mom.

There were other things I took for granted. Namely, having adult contact, because oh how I longed for someone to have daily personal conversations with over the age of 4, or to be able to sleep in the same bed with someone every night. For me, single parenthood was a dichotomy of extremes — loneliness and wanting to be touched and constant running and wanting your kids to stop touching you. Being a single parent was hard at times, but it gave me some needed perspective on what I was missing, what I wanted in a partner, and what I needed in my life.

Now that I have re-married,I still think back to those hectic, busy days and long, lonely nights. I love my married life, but I won't ever take for granted having a loving partner and co-parent in my life again.

More Like This
How To Wash A Mattress Cover
30 Easy Summer Activities For Kids That Work Rain Or Shine
Festive Fourth of July Sparkler Crafts
How Do I Rediscover My Sexuality When I’m Completely Touched Out?