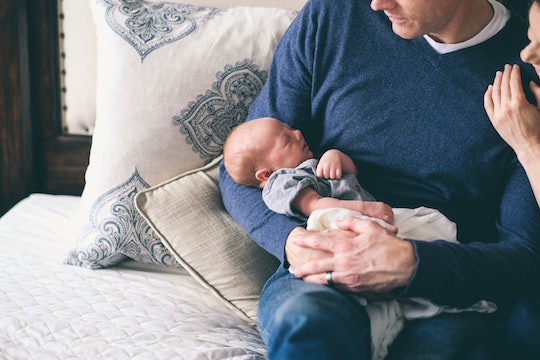 9 Things I Wish I Said To My Husband During Labor

When asking other moms about their childbirth experiences, I learned I shouldn’t expect to be quite myself during labor. That didn’t surprise me, as my first time journey into motherhood was brand new territory for me. However, what I wasn’t prepared for were the thoughts I had about my spouse while in the throes of labor. I definitely fired off some insults when the pain of my contractions shot up, and there were even worse things I wanted to say to my husband, but didn’t. Turns out, that was a good thing because I am not sure our marriage would have recovered from me hurling some brutal barbs in those lapses in judgment that can only occur when you’re experience some next-level childbirth hell.

I’d like to think he would have forgiven me if I really started the sh*t talk in the delivery room. However, whether it would have rolled off his back or not, I’m glad it never got to that point. I didn’t go out of my way to sugarcoat the pain I was experiencing, or to “protect” him from my anguish. I wanted him to know I was more than a little uncomfortable. But even through the pain, I knew that unloading every dramatic thought I was having about him during labor was not a means to an end. I was hurting, and I was angry about it, but it would be grossly misplacing my wrath if I directed it at him with such vehemence. I wasn’t going to be nice, but I wasn’t going to say such horrible things that he’d start questioning if I’d actually make a good mom when this baby finally got out of my body.

I don’t apologize for having these thoughts, because that would be discounting the intense state I was in that allowed me to safely deliver my kids into the world. But I am very glad I kept it together enough to at least not say these things to my husband when I was in labor (even though, at the time, I really wanted to):