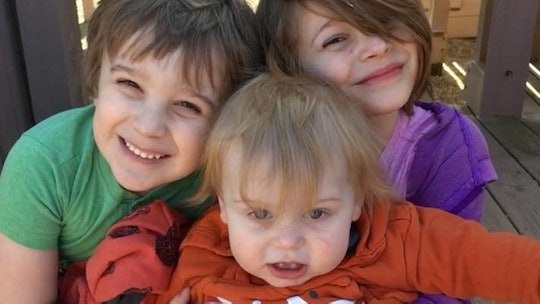 9 Signs Your Kids Are Ready For Baby No. 3

I knew having a second child would be a change, but I didn't expect the transition from one to two to be so brutal. My 3-year-old daughter regressed big time — throwing tantrums, refusing to sleep, having potty accidents. The postpartum period was so much worse with a newborn and a toddler, too. So, I agonized over the decision to have another baby, fearing the absolute worst. Turns out, it was much easier than I ever could've anticipated. I should have known, too, because looking back, my kids were trying to tell me they were ready for baby number three.

They started showing signs even before I started trying to get pregnant — asking me constantly when I was going to give them a younger sibling, practicing feeding, diapering, and holding a baby with their dolls and stuffed animals. And when I did get pregnant, they told everyone we met that they were going to have another sibling (which was awkward but, you know, also completely adorable). I might have had some doubts, but they were ready to be the best big brother and big sister around.

And when the baby did arrive, things were much easier than I initially anticipated. I think, in part, because my kids were older, independent, and could keep each other occupied while I tended to the baby's needs. And although there have been stumbles and falls along the way, growing our family ended up being the best thing ever.

So if you are thinking about adding a third baby to the fold, and wonder if it's time, be sure to look for these signs your kids are ready for baby number three: