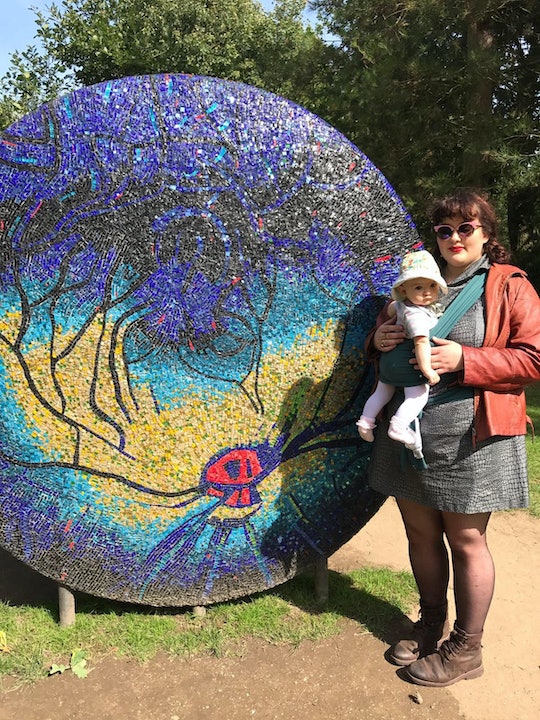 I Recorded All The Sh*tty Parenting Advice I Got For 2 Weeks, & Just... Wow

I've long been of the opinion that unsolicited advice and criticism are, generally, one in the same. Unfortunately, this doesn't stop some people from casually doling out both on a regular basis. Since having my daughter nine months ago, I've learned that humans are not only chockfull of dieting, dating, professional, and fashion-related tips, but parenting advice as well. From my non-parent friends, fellow moms and dads, and other baby group attendees, to Instagram strangers, my immediate family and random relatives, I'm certain that I've received some of the worst parenting advice out there.

My interpretation of motherhood (and of parenting in general), so far, is that there is no recipe. Every child is different, so it would follow that every parent should find the methods that work for their own unique family. What's remarkable to me is just how many people seem to think there is a recipe — and how many will happily share bits and pieces of it with you whether you want them to or not.

For kicks, I thought I'd record some of the "advice" to come my way for two weeks. Having a baby, and raising that baby, is hands down the most difficult challenge I've ever undertaken, and I know that the same must be true for a lot of people. That folks would have strong opinions on how to do it is unsurprising, and I'm not so presumptuous as to think that I know everything there is to know. Some advice, I'm more than happy to welcome. Other advice, like the gems below, not so much.

"Just Leave Her In Her Crib While You Go To The Store."

When a cousin I almost never speak to suggested I pop my daughter, Luna, in her crib while I go grocery shopping, a couple of questions cropped up in my mind as it spun off its axis. What if she falls out? What if she gets sick? What if she gets hungry? What if she cries for so long, the sadness of being seemingly abandoned so all-consuming, that she kills some of her synapses and harms her neurological development? This could've gone on for a while. To list the myriad reasons why an infant should not be left unattended for a prolonged period of time would take days, after all.

It was my cousin's thinking that babies need to be left alone to gain independence — and that in the days before monitors and similar electronic devices, parents would "do things like that all the time." My idea of letting Luna grow independent is keeping her in her crib while I pee, or sleep training her so that she learns to spend the night on her own. Not leaving her to her own 9-month-old devices as I get in my car, drive five miles into the nearest town, casually buy my groceries, and drive five miles back.

"Babies Don't Need To Wean Until They're A Year Old."

A non-parent friend of mine is convinced that babies can get all the nutrients they need from breastmilk for one whole year. When we went out for lunch recently, she scolded me for feeding Luna an Ella's Kitchen packet. Why was I spending money on such "bougie frivolities?" I believe she'd picked up the information from a holistic health counselor she once dated.

Long story short, babies don't get enough nutrients from breastmilk to survive a whole year. Not even a little bit. Most experts believe that weaning should start around six months to avoid malnutrition. According to Britain's National Health Service, a 9-month-old, like my little one, needs a variety of "fruit and vegetables; bread, rice, pasta, potatoes, and other starchy foods; meat, fish, eggs, beans, and other non-dairy sources of protein; and milk and dairy products."

So, not just breastmilk. Unless I want Luna to lose a bunch of weight, have difficulty sleeping, and grow proceeding more malnourished.

"Uppers In The Day Will Keep The Sleep Away."

This nugget was delivered by an Instagram follower of mine who went out of his way to send me a direct message full of sleep-training tips. I'd recently written an article in which I noted that Luna was barely sleeping at night, while questioning whether day napping may be responsible.

The social media user believed that if I took a couple lines of cocaine of MDMA in the morning, just enough would seep into my breastmilk to keep Luna alert in the daytime and ready for a full night's sleep by 9 p.m. I wasn't sure if he was kidding or not, so I asked. "It really works," he quickly replied. "My wife did it with our eldest." Although I could see that the dude had photos of his family on his instagrid (and his oldest was presumably alive and well despite this horrifying method), I wasn't about to load up my breastmilk with uppers. I definitely believe that there are responsible ways to engage in recreational drug use without posing any risk to your children, the thought of taking recreational drugs specifically in the hopes that my infant would reap the "benefits" churned my stomach.

Unsurprisingly, cocaine consumption through breastmilk can be incredibly dangerous for infants. Side effects include changes in mood, irritability, vomiting, diarrhea, hypertension, rapid heart rate, shallow breathing, and seizures. MDMA, albeit thought to be less harmful if passed through one's breastmilk, can still lead to poor feeding and insomnia for the baby. So, yeah. I'd rather not.

"Stop Cuddling Her So Much."

Without necessarily planning on it, my partner and I became attachment parents. We co-slept until very recently, and still bring our daughter back into our room (or bed) more often than not. I have fed on demand since Luna's birth. We respond with constant care or touch. Yet we also strive for a balance between our personal and family life.

There are plenty of alleged benefits to attachment parenting. Experts believe that, through this method, children could become more emotionally available later in life. They may be easy-going, experience less internal conflicts than those who are left to cry it out, preserve a sense of individuality, and grow to be resilient.

Even so, a non-parent friend recently commented on how much I hug and engage Luna. She felt that I was spoiling her. Like a lot of critics of attachment parenting, she believes that bed-sharing is dangerous, that Luna will become overdependent, and that my partner and I will be too overstressed to actually enjoy being parents.

I don't know everything about parenting by any means, but I do know that children need to know they're loved. In order to establish a healthy, trusting relationship, they need to know that their parents are there for them. They need to learn about affection and empathy — neither of which seem to be instinctual human qualities. Cuddling my baby closely is one way I'm trying to teach her about love, and I definitely don't plan on stopping anytime soon.

... This is all advice that I received just in the span of two weeks.

A lot of parenting is undoubtedly subjective. Whether or not to be an attachment parent, for example, is an entirely personal matter. Whether to homemake baby moosh or buy baby moosh is a choice. Whether to co-sleep or put your baby in their own room from day 1 is up to each individual parent.

Some things, however, feel more black and white. When non-parent friends, in particular, come out with something like "don't hug your baby," it's difficult to resist the urge to tell them, "F*ck off, you quite literally have no idea what you're talking about." Honestly, it's hard to resist saying that when people with children offer tips that I wholeheartedly disagree with.

One of the most difficult aspects of being a new mom is learning how to shut down the advice I don't want without alienating those around me. What I'm trying to keep in mind is that my ever-evolving recipe for this stuff will never be someone else's recipe for this stuff. Along the way, it's OK to pick and choose the ingredients I want to work with, though. It's OK to politely disagree with sh*tty advice. Hell, maybe it's even OK to not-so-politely disagree if someone just isn't giving up.