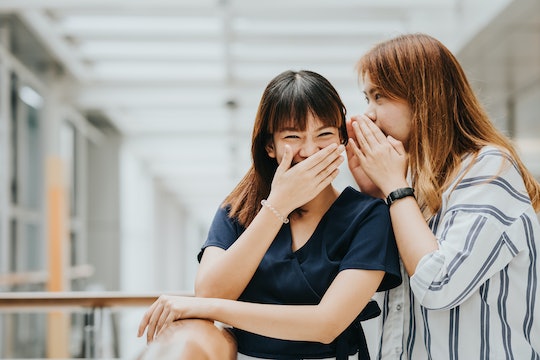 A few weeks after giving birth, I grew tired of the postpartum hibernation period and really wanted to get out of the house. So, I arranged to meet up with some friends from my new mommy group. I strapped my newborn into his baby carrier and set off on the bus and into town. It was then that I was subjected to an intrusive stranger.

I'm certainly not the only parent who has been on the receiving end of unsolicited advice, which was obvious when I asked moms to share the worst parenting advice they've ever received from family, friends, coworkers, or well-intentioned strangers.

Three years later and the advice I received from the parenting "know it all" still remains the very worst advice I have ever received. I was standing up on the bus with my son strapped close to my chest when he started to cry. The bus was stopped at a traffic light and, as a new mom, I was a little flustered by his public cry. I gently shushed him and jostled him rhythmically like moms have done since the dawn of humanity. It was at this point that an elderly man stood up and started to wag his finger in my face. He said I should stop rocking my baby because "you will give him brain damage." He was angry with me and backed up his ridiculous claim by saying, "My doctor told me it's very dangerous!"

The way you deal with bad parenting advice will depend entirely on your character, what kind of environment you're in, and how much energy you have to spare on that particular day. One thing is for sure, you're not alone. As these moms prove, bad advice is all too common.