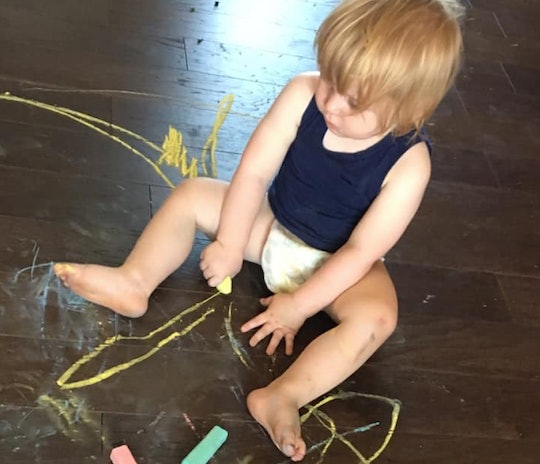 Recently I enjoyed a rare day away from home, only to return to an unpleasant sight: a crying toddler, an overwhelmed husband, and a messy house. My husband said, "I don't know how you do it. Women must be better at multitasking than men." I wasn't expecting him to cook, clean, and watch the kids simultaneously, but his comment upset me. I mean, is multitasking even possible? Because while women have been hailed as the "multitasking queens," I don't think we're any better at it than anyone else.

Yes, in many ways I am better at managing our household than my husband. But I think it has more to do with the amount of practice I get trying to keep everything afloat, than it does any innate multitasking ability. I constantly have multiple priorities pulling me in different directions — work, kids, house, groceries, budget, yard, pets, etc. It's not that my husband doesn't help, either. I simply take on more of the mental and physical parenting load than he does.

So, what does science say? In a March 2019 study published in the journal, Psychological Research, women participants were not better than men at any of the multitasking skills tested including accuracy, speed, and the ability to avoid distraction. An August 2019 study in PLOS had similar findings; everyone who tried to multitask experienced losses in performance, regardless of gender. So not only is the idea that women are better at multitasking than men a myth, but the idea that multitasking is a better way to be and stay productive is also a lie.

Our epic and often unavoidable fails in multitasking don't mean we are crappy moms. Instead, they simply mean we live in a culture that expects us to do it all, without any support and without making mistakes. Moms don't need to get better at multitasking, we need more help. And in lieu of that help, we're bound to experience a few epic fails, like the following moms can tell you: