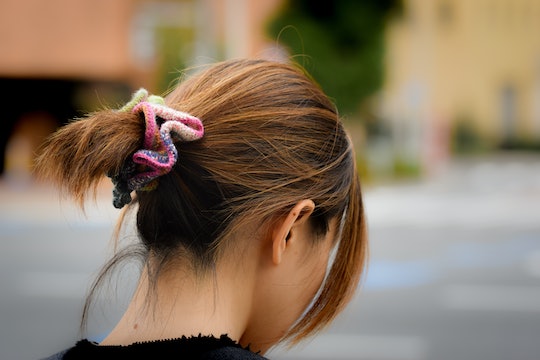 18 Signs You're An OG VSCO Girl

Up until a couple weeks ago, I had absolutely no idea what a VSCO girl was. But the media, doing what the media always does, discovered something young people were into and has now made it a thing that everyone must weigh in on. But as I learned more about this Hot New Trend Among The Youths, I realized something: I'm a VSCO girl. Well, I'm an OG VSCO girl. A mom version of the current teen trend, if you will. And just like VSCO girls are pretty unmistakable, so are their OG counterparts.

For the uninitiated, Dictionary.com defines a VSCO girl as:

[A] term, generally used as an insult, for a young, usually white woman who posts trendy pictures of herself edited on the app VSCO. Stereotypes of the VSCO girl include wearing scrunchies and Birkenstock sandals, drinking out of Hydro Flask reusable water canisters, saying sksksk and I oop, and generally seeking attention online.

While there are certain (read: big) aspects of this phenomenon that can't translate into a past context — social media wasn't a thing and an app was something we ate before dinner — so much of the aesthetic will appear familiar to a girl who came of age in the '90s. Extremely familiar, in fact.

So with that in mind, here are some signs you were an original VSCO girl. You know, someone these young bucks can learn from.