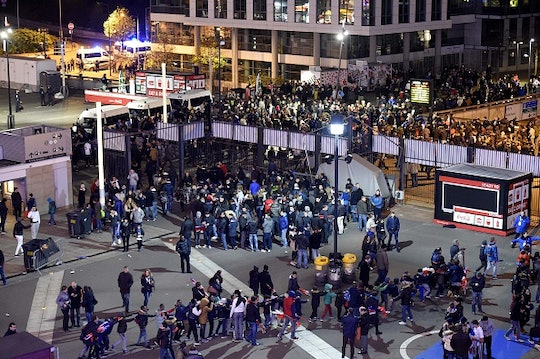 EARLIER: As the result of multiple explosions in Paris, French President Francois Hollande has declared a state of emergency and will be closing France's borders.

The announcements comes in the wake of an attack that has left more than 100 dead and many more wounded, according to BBC. The attack occurred earlier this evening outside a bar near the Stade de France, where France National Team was hosting the German National Team in a soccer match. At the time of the attacks, Hollande was watching the match, but was immediately moved to safe location.

In addition to the explosions, six shootings have been reported as well as a hostage situation. But the hostage situation ended after a police-led assult took out two of the hostage takers. French police told press that they believe all of the Paris attackers are dead.

Despite Hollande's announcement, however, some airlines still seem to be operating at this time. Air France announced via it's Twitter page flights to and from Francer would not be grounded, and several passengers confirmed the news.