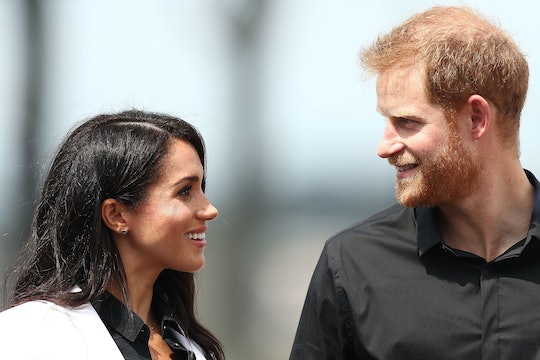 From becoming the first mixed-race couple in the British royal family to their historic break from royal duties, the Sussexes have continued to break barriers. Together the pair have equally exposed one another to lives they otherwise may not have seen. For the former Suits actress, it was royal life and for Princess Diana’s youngest son, it was race. Specifically, during a recent interview, Prince Harry said Meghan Markle has helped him see racial bias that his privileged upbringing had shielded him from.

The 36-year-old prince shared the transparent moment during a Zoom interview with author and activist Patrick Hutchinson for British GQ. Hutchinson was hailed a hero after an image of him helping an injured far-right white protester during a Black Lives Matter rally went viral back in June, according to CBS News.

During their discussion, which was part of GQ's Heroes series, Prince Harry told Hutchinson since being married to Markle, in a historic fairytale wedding in 2018, he has come to understand racial (unconscious) bias more by having to walk in his "wife’s shoes." The Duke of Sussex said he intends to use his platform to encourage people to get involved with the fight against racial injustice and spoke out about his own ignorance on the racism Black people face both in the United States and the UK.

"No one's pointing the fingers. You can't really point fingers, especially when it comes to unconscious bias," Prince Harry told Hutchinson. "But once you realize or you feel a little bit uncomfortable, then the onus is on you to go out and educate yourself, because ignorance is no longer an excuse."

Prince Harry went on to acknowledge his royal upbringing and his naiveness to the "unconscious bias" as a result of it. "And unconscious bias, from my understanding, having the upbringing and the education that I had, I had no idea what it was. I had no idea it existed," he explained to Hutchinson. "And then, sad as it is to say, it took me many, many years to realize it, especially then living a day or a week in my wife's shoes."

Prince Harry also touched on the dangers of people who are unaware of the racism around them or within their circle. "And I think one of the most dangerous things is people within positions of power, whether it's politics or whether it's the media, where if you're not aware of your own bias and you're not aware of the culture within your system, then how are we ever going to progress," he during the same interview with Hutchinson. "How are we ever going to get to that point where there is more fairness? Because it's not a zero-sum game, right? Everyone benefits if the Black community gets treated the way they should be treated."

The Duke of Sussex admitted he is still learning, but observing the racial problems in America (the couple currently lives in California) has been eye-opening and said it will take "every single one of us" to make change.

Since announcing they would be stepping back from their royal duties earlier this year, the Sussexes have become very vocal about social and political issues. Back in June, Markle expressed her support in the Black Lives Matter movement when she gave a speech to the graduating class of her former high school, Immaculate Heart High School in Los Angeles.