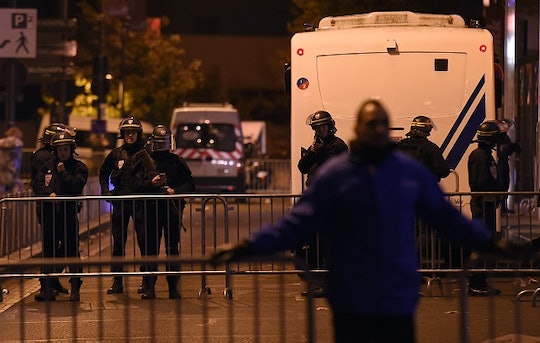 EARLIER: Police have confirmed that suicide bombers are responsible for at least two of the explosions that occurred in Paris. Police confirmed the news to the news outlet earlier this evening.

The explosions — three in total — occurred outside a bar near the Stade de France, where the French National Team and German National Team were competing in a soccer match. In addition to the explosions, six shootings have been reported. The attacks have left more than 100 dead and many more wounded. French police told press that they believe all attackers are dead.

Sky News also reported an ongoing hostage situation taking place at the Bataclan Concert Hall. The incident was short-lived however, after a police-led assault took out two of the hostage-takers. Julien Pearce, a French radio producer who was inside the concert hall, described the gunmen to CNN as, "two men dressed in black," who were shooting what he believed were AK-47s.

As a result of the attacks, French President Francois Hollande has declared a state of emergency and the borders to France are being closed at this time.