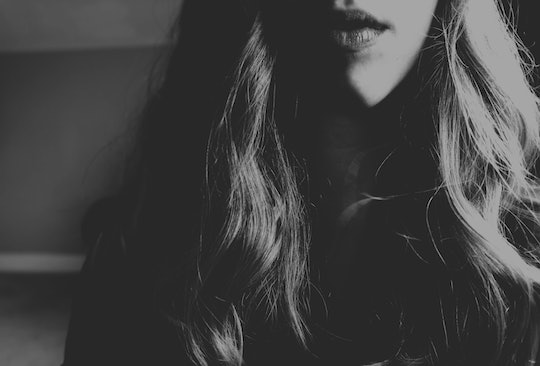 From the moment our babies are born, us moms worry. For the most part, though, these worries aren’t debilitatingly overwhelming. But not every mom is so lucky. And if there's a problem with your baby’s health, it's safe to assume you'll inevitably find yourself in a terrifying tailspin, with the fear of losing your baby taking over completely. Personally, I think it’s important people recognize the mothers whose babies almost died, and perhaps even more important that we listen to their stories and their advice. Not only can the experiences of others help you if you find yourself in the same position, but they might even help prevent similar situations in the future.

More Like This
Lightning Crotch Can Actually Tell You These 7 Things About Your Pregnancy
9 Things Not To Say To A Pregnant Woman On Mother’s Day
Here's The Deal With Babies Who Sleep With Their Eyes Half Open
18 Best Sand Toys In 2021 For Babies, Toddlers, & Kids

I didn't have a "typical" labor and delivery when my son was born. I was already on edge throughout my pregnancy, too. I had lost his older sister to prematurity, so it was hard to imagine that everything would be fine once he was born. But when we finally made it to 40 weeks in my pregnancy, I figured a complication-free labor and delivery was a sure thing. Unfortunately, my son aspirated meconium at birth and developed persistent pulmonary hypertension (PPH). The first week of his life was touch and go and, quite honestly, the scariest time of my life, save for the few hours his sister was alive. I felt horribly guilty about all of it, too. I had changed medical providers close to the end of my pregnancy, and attempted a home birth after I had been convinced by several folks around me that it wouldn’t be a problem. After all, his sister had only passed away due to my preterm labor.

So, what's my biggest takeaway from this horrific, terrifying, overwhelming experience? It's the same thing I tell other mothers: changing plans near the end of your pregnancy is simply a bad idea. And more than that, that mothers need to seek out and be able to obtain proper mental health care throughout their pregnancies. I know I was still suffering with the post traumatic stress disorder (PTSD), as a result of losing my daughter, and that it directly influenced my decisions. I was so scared of being stuck in another hospital and not getting to take my baby home, that I gave into a risky idea, trusting people I barely knew to help me deliver my baby at home. I’m not against home births, by any means, but now I know they're not for me.

The only other thing I would want moms to know is to stop blaming themselves. Things happen, even in the most controlled environments. There’s absolutely a chance that my son would have developed PPH even if he had been born in the hospital. There’s simply no way to find out exactly what caused it. Then again, maybe something worse could have happened. The point is, I was doing the best I could, trying to give my son the best chance to come into this world safely. There is no need to blame myself for what happened, and other mamas shouldn’t blame themselves for what happens before, during, or after their labor and deliveries, too. I spoke with several other mamas who almost lost their babies and asked them what they’d like other to know. This is what they had to say: