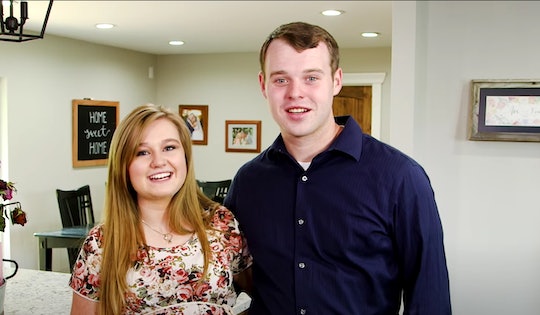 'Counting On's Kendra Duggar Revealed Her Due Date With Baby #3

Joseph and Kendra Duggar are adding one more to their brood. Earlier this week, the Counting On stars announced they're expecting their third child together. What's more, they also revealed when Kendra Duggar is due this time around.

Fans of TLC's Counting On will have to wait until the new year to meet the couple's newest addition to their family. Joseph and Kendra hinted at the baby's due date in their official pregnancy announcement, though they did not reveal an exact date. "We are so excited to announce that we have a tie-breaker coming in February," the couple told TLC in a statement. "Baby #3 is on the way! Life is full of surprises and we're thrilled that it's a sweet baby that surprises us this time!"

The couple's pregnancy announcement photos also featured a sign that says "Tie-breaker coming Feb. 2021." So there you have it, Kendra and Joseph will be welcoming their third child together come winter. In just a matter of months, the couple's "tie breaker" baby will join their 2-year-old son Garrett and 9-month-old daughter Addison.

While they'll surely have their hands full with three little ones, Kendra has said in the past that she is open to having a big family, which makes sense since both she and Joseph come from big families. Kendra is the oldest of eight kids and Joseph, of course, has 19 siblings. But for now, the couple told TLC that they're looking forward meeting their little one on the way.

While Kendra is the only Duggar (for now) who is confirmed to be giving birth in 2021, her sister-in-law Joy-Anna Duggar is expecting her second child in late August and Jinger Duggar is due with her second daughter sometime in November.