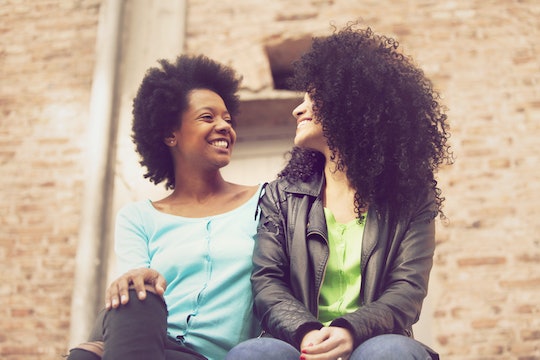 Since the announcement of Justice Anthony Kennedy's retirement from the Supreme Court, the country's focus has shifted to Roe v Wade and abortion rights. But the truth is that so many people across the country already have a difficult time accessing the care they need, and shame and stigma still surround this common, safe medical procedure. If we are to continue to give people full bodily autonomy, we must work to de-stigmatize abortion. One way to do that is to highlight the things we should stop saying about people who have more than one abortion.

According to a 2014 U.S. abortion patient survey published in the Journal of Women's Health, a reported 45 percent of abortion patients have had one or more abortions prior to their most recent procedures. In other words, it's very common to have more than one abortion, yet that experience is rarely, if ever, discussed openly... and when it is shame and stigma are sure to follow (and even from within the pro-choice community).

The reasons for having more than one abortion are as varied as the people who go through that experience, and are just as valid as the reasons why someone might have one abortion procedure. So how we talk about, and to, people who terminate more than one pregnancy matters, and is a catalyst for how we perceive everyone who decides when or if they want to become a parent.

So with that in mind, here are just a few things we should all stop saying about people who have had multiple abortions: