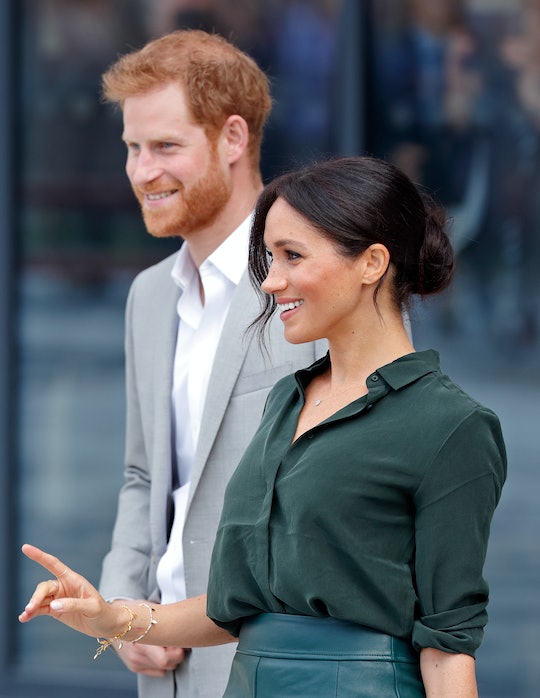 Royal enthusiasts have been waiting for ages to see Meghan Markle and Prince Harry’s children to get in some quality time with their royal cousins and it finally happened. Unfortunately, we probably won’t get any photos of the occasion but we shouldn’t be selfish, now. We need to simply be glad that it happened and imagine the little royals becoming best of friends, just as Prince Harry remains the best of friends with his own royal cousin, Princess Eugenie.

Harry and Meghan are reportedly hosting their first royal guests at their home in Montecito, California, according to Vanity Fair. Princess Eugenie, her husband Jack Brooksbank, and their 1-year-old son August. This makes little August the very first of the royal cousins to meet the couple’s 7-month-old daughter Lilibet, who made her arrival in June 2021, in person. August will also be the first little royal to be a guest of his 2-year-old cousin Archie, who we can only hope is showing him around his happy little playground. Who knows, maybe he’ll even give August, who his parents call “Augie,” a tour of his own chicken coop, called “Archie’s Chick Inn.”

It seems very fitting that Princess Eugenie would bring her baby boy to meet Archie and Lilibet, considering she and Prince Harry have always been quite close. So much so that the two went on a fun outing without their spouses to the Super Bowl on Sunday.

Prince Harry and Princess Eugenie went to the Super Bowl.

While Prince Harry grew up playing with his own royal cousins, going on ski trips with Princess Eugenie and her sister Princess Beatrice when he was young, his own children haven’t had the chance to spend much time with their extended family. They have three royal cousins from his brother Prince William and sister-in-law Kate Middleton, 8-year-old Prince George, 6-year-old Princess Charlotte, and 3-year-old Prince Louis, who they do not really know. Lilibet has never even been in the same room as them, in fact. Which is such a shame because they are all the grandchildren of Princess Diana; little Lilibet and Princess Charlotte even share the same middle name in honor of their late grandmother.

Now that the Sussexes have hosted their first royal guests, perhaps more will come on over to the sunny state of California for a visit. Like the Cambridge clan, for instance. That would be pretty amazing.

More Like This
10 Ways Prince George & Prince Louis Are So Different From Each Other
Meghan Markle Calls On Men "To Be Vocal" In The Aftermath Of Roe v. Wade Ending
Princess Charlotte Got So Excited To Shake A Royal Fan's Hand
Prince George Hosted A “Little Cake Sale” For One Of His Dad's Favorite Charities