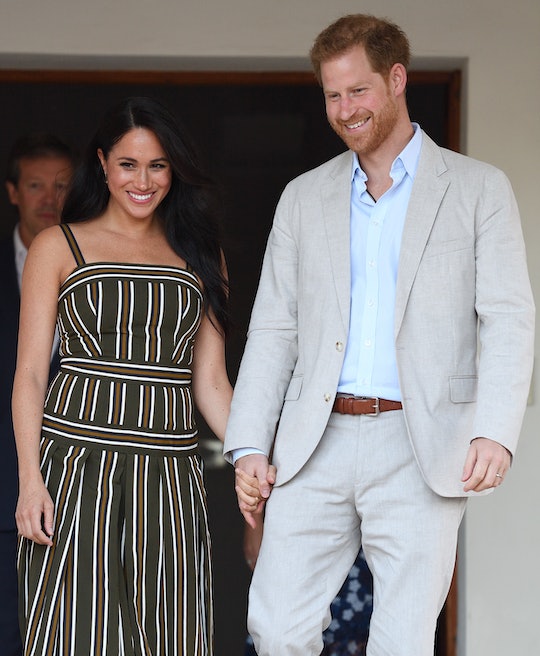 Meghan Markle Is Reportedly Planning To Have A Home Birth

The Duke and Duchess of Sussex’s daughter is expected to arrive this summer.

After her son Archie arrived over a week late and changed his parents’ birth plans, Meghan Markle reportedly planning a home birth for her daughter. Hopefully the second time is the charm and she’ll get her wish to give birth at her home in California with husband Prince Harry by her side.

The Duke and Duchess of Sussex are expecting a little sister for their 22-month-old son Archie this summer and a source who claimed to be close to the couple told Page Six that their plan is to welcome their second child at their California home. This was reportedly the plan when they were expecting their son Archie to be born in 2019, but the source told Page Six that his late arrival changed things. “Meghan’s plan was to have a home birth with Archie, but you know what they say about the best-laid plans,” the source explained. “In the end, her doctors advised her to go to hospital and all she was interested in was about delivering Archie safely.”

Archie was born on May 6 at Portland Hospital in the United Kingdom instead of the couple’s Windsor home of Frogmore Cottage as Markle reportedly had hoped. But now that she is expecting the couple’s second child, she has another chance for a home birth. “She has a beautiful home in California,” the source told Page Six. “It’s a beautiful setting to give birth to her baby girl.”

Meghan Markle is planning for a home birth for baby number two.

Markle and Prince Harry purchased their new home in Montecito, California last August, months after stepping back from their senior royal roles. The couple have made quite a nest for themselves, even raising chickens with little Archie, so welcoming their daughter in their new space would be a special first-time experience for the parents.

Another big change coming their way could be some time off to enjoy their newly expanded family after Markle gives birth. When the couple welcomed Archie, Prince Harry was back to work on his official royal duties within days of becoming a father, while Markle was busy working on guest-editing British Vogue as well as helping to design a capsule collection for the charity SmartWorks. This time around, however, the couple is expected to take “proper time off,” as a source told Vanity Fair, with Prince Harry taking leave from work to enjoy his wife and family after his daughter arrives.

With a 2-year-old little boy running around and a new baby, they’ll need all the time off they can get.