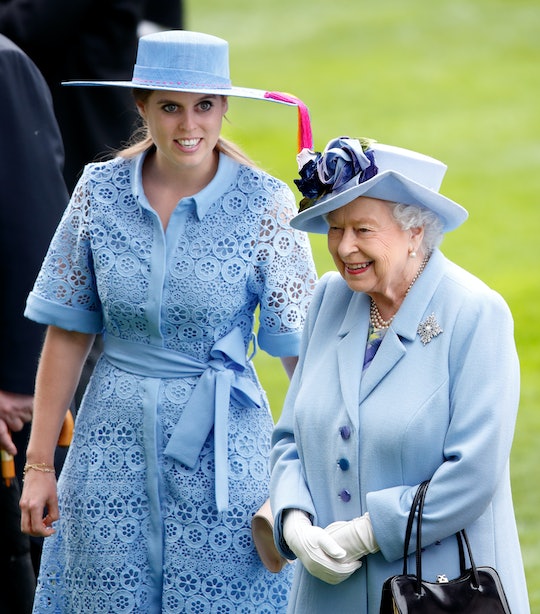 The queen apparently thought it was “too yuppie.”

There’s one particular rule many royal watchers find especially fascinating: Royal parents-to-be traditionally ask Queen Elizabeth for her blessing about their baby’s name before the official announcement is made. And in the case of Princess Beatrice’s name, it sounds like she had to step in to prevent her granddaughter’s parents from giving a name she found “too yuppie.”

According to The Daily Mirror, Prince Andrew and Sarah Ferguson, the Duchess of York, had an entirely different name in mind when they were preparing to welcome their first child in 1988. They were reportedly fond of the name Princess Annabel, according to the outlet, but when they put the name to Her Majesty, she wasn’t into it. In fact, she reportedly went so far as to say no to the name, finding the name to be “too yuppie,” which had the couple floundering for the first two weeks of their daughter’s life, trying to come up with a new name and not making an official announcement. Queen Elizabeth eventually suggested Princess Beatrice, The Daily Mirror reported, a nod to Queen Victoria’s youngest daughter, which they obviously decided to go with in the end.

Queen Elizabeth’s approval for a name is generally given as part of an “informal chat,” according to The Daily Express, rather than a big royal affair. And for the most part, it’s just a formality. Certainly the name rule seems to be getting a bit looser in recent times, with names like Archie and Mia and Lena all breezing through without question.

In the past year alone, there have been several new royal babies born including Princess Eugenie’s son August, Zara Tindall’s son Lucas, and Prince Harry and Meghan Markle’s daughter Lilibet “Lili” Diana, who is named after the Queen herself. This is apparently the only name that caused a bit of an uproar, in fact, as Lilibet was a nickname given to the Queen by her own father and was used throughout her life by her late husband, Prince Philip. While some media outlets, including the BBC, claimed that Queen Elizabeth was not consulted by Prince Harry and Markle about their chosen name, the couple disputed those reports. And the little girl is still named Lilibet, so that should be proof enough.

Because when the Queen doesn’t approve of your name in the royal family, you get a different one. Just ask Princess Annabel, er, Beatrice.