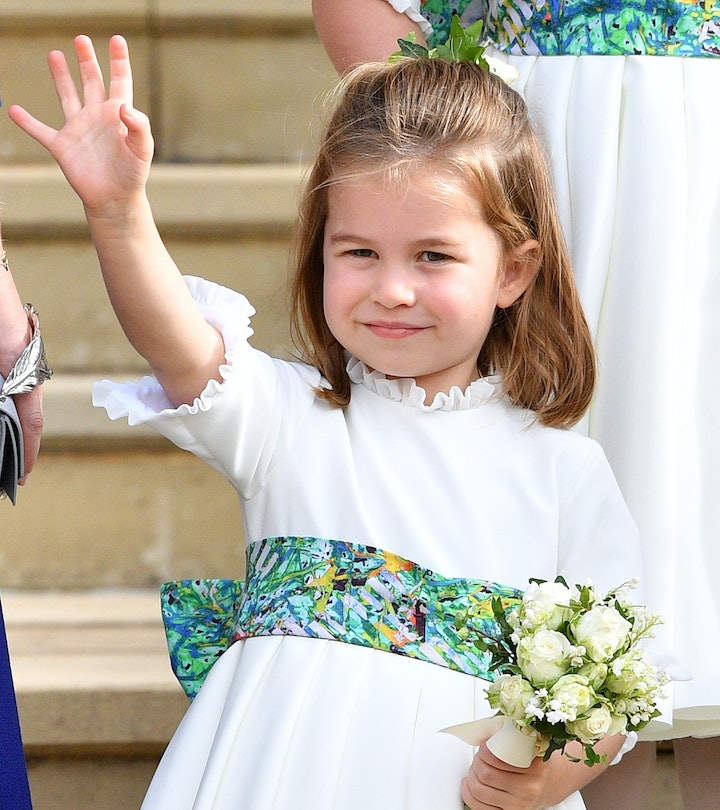 Whether you call her as Princess Charlotte or Lottie, every detail behind her name is beautiful.

When the Duke and Duchess of Cambridge welcomed their second child, a daughter, in May 2015, pretty much the first thing everyone wanted to know was her name. The name of a royal baby is not a thing to take lightly, after all, and requires a great deal of consideration. Which is perhaps why Princess Charlotte’s name has so much deep and symbolic meaning behind it.

The Queen Gave Her Seal Of Approval

Princess Charlotte’s name, like all other babies born to a senior member of the royal family, was given her great-grandmother Queen Elizabeth’s blessing before it was announced to the world at large, The Daily Express reports. While Queen Elizabeth doesn’t technically have to approve a baby’s name, it’s generally considered in good form to seek out her blessing or opinion when making their choice.

Much like her royal cousins Lady Louise and Princess Beatrice, Princess Charlotte’s middle name honors her great-grandmother. Her full name was announced by her parents shortly after her birth. “The Duke and Duchess of Cambridge are delighted to announce that they have named their daughter Charlotte Elizabeth Diana. The baby will be known as Her Royal Highness Princess Charlotte of Cambridge.”

Elizabeth is also the middle name of Lady Louise, Princess Beatrice, and Princess Anne, but in Princess Charlotte’s case, her name actually honors several people in her family.

Princess Charlotte’s other middle name is in honor of her late grandmother Princess Diana, who died in a car crash in Paris in 1997. She shares that middle name with her baby cousin Lilibet “Lili” Diana all the way over in California.

Her Name Also Has A Connection To Prince Charles

Princess Charlotte’s first name is actually an homage to her grandfather Prince Charles, with Charlotte being a feminization of his name. That connection seemed to pretty strong right out of the gate, with Prince Charles boasting in 2015 that his little namesake “is already sleeping through the night and was much easier on mum than Prince George,” per Harper’s Bazaar.

While neither Kate Middleton nor Prince William have confirmed this, it’s notable that Pippa Middleton’s middle name is actually Charlotte as well, she was born Phillipa Charlotte Middleton. Coincidence?

It’s A Name Fit For A Queen

Princess Charlotte is currently fourth in line for the throne, and if for some reason she ever did become queen, she could potentially be the second Queen Charlotte. Alongside her husband King George III, the original Queen Charlotte ruled England in the late 18th century, a time that inspired the wildly popular Bridgerton series. Princess Charlotte has quite a name to live up to.

Princess Charlotte Also Has An Abundance Of Nicknames

Princess Charlotte has some precious nicknames.

She might be Her Royal Highness Princess Charlotte to the rest of us, but not to her parents. Kate Middleton reportedly calls her daughter “Lottie,” while Prince William was overheard in a 2019 video calling his daughter “Mignonette,” which is basically French for cute little thing.

Princess Charlotte has a whole lot of names, each more meaningful than the last.