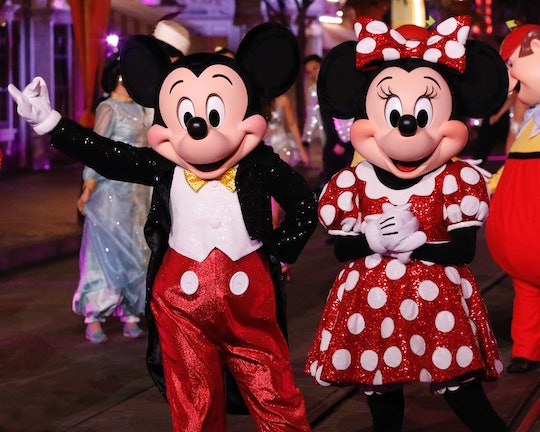 Of Course Minnie Mouse Has A Birthday, & It Just So Happens She's A Scorpio

Time for a polka-dot cake!

I was watching the umpteenth episode of Mickey Mouse Clubhouse when my daughter turned to me and sweetly asked, “How old is Minnie Mouse?” This question has stumped me for ages. I mean, is Minnie 5 or 50? She has the voice of a child, but she also rocks some heels, so really, who knows? But then my girl laid an even bigger q on me: “When is Minnie Mouse’s birthday?” And I had no idea whatsoever.

When Is Minnie Mouse’s Birthday?

If you’ve never really thought of Mickey or Minnie Mouse having an official birthday, join the club. (Ha.) They’re kind of ageless and eternal, like they’ve always existed, which of course, isn’t the case. But as it turns out, they both do have birth dates, but not ones in the traditional sense of the word. For both Minnie as well as Mickey, their birthdays are when they first made their public appearance, per the Walt Disney site. And since Minnie Mouse appeared in the 1928 premiere of Steamboat Willie, her official birthday is (drumroll please), November 18, 1928.

Of course, her initial appearance is tied to Mickey Mouse. In Steamboat Willie, Minnie is racing trying to catch Pegleg Pete’s steamboat, and Mickey Mouse manages to get her onto the ship. The two fall in love almost instantly, spawning a love story that is over nine decades in the making.

How Old Is Minnie Mouse?

So that answers the question of when Minnie Mouse’s birthday is. But does it really address how old she is? After all, if Minnie is, say, 20 years old for argument’s sake, and she first appeared on November 18, 1928, that would mean that Minnie’s actual birthday would be November 18, 1908. And that would make her 113 years old on her birthday this year. (Let that sink in for a second.) For sure, the mouse looks marvelous for her age.

But setting aside her astonishing age for a sec, here are some other fun facts about Minnie Mouse. Did you know that her real name is actually Minerva? (So no shocker there that she shortened it to Minnie.) While you might assume that Mickey and Minnie are "just friends", they’re actually married. (Aw!) Walt Disney himself confirmed that in an interview with E! dating back to 1933. And move over, Ariel and Jasmine. Minnie is also the first (albeit unofficial) Disney princess.

How Can You Celebrate Minnie’s Birthday?

There are so many ways you can celebrate Minnie Mouse's birthday. I absolutely adore party planning (heck, my daughter had a Minnie Mouse-themed 3rd birthday). So if your child wants a Minnie Mouse-themed party, it could be cool to tie it in to both of their actual birthdays so they can share their special day together. Or you can always celebrate Minnie’s big day simply by serving some hot dog hot dog hot diggity dogs and bowtie pasta (in honor of Minnie’s love for all things bows) for dinner.

Also, a mouse ears-shaped cake seems like an obvious choice. You don’t even have to order a pricey store cake either. You can make your own using this Minnie Mouse cake pan or this standard mouse ear option that comes with three different sizes so you can make a tiered cake, a true monument to your love of Minnie.

Even though Minnie Mouse’s birthday is November 18, 1928, (which makes her 93 years young this year), at the end of the day, her age doesn’t really matter. What does is your child’s enjoyment of the sweet and timeless cartoon that is focused on friendship, love, sharing, and helping others.

More Like This
All Your Preschooler's Elmo Questions, Answered — By Elmo Himself!
Here's Where The 'Hocus Pocus' Characters Are 30 Years Later
10 Facts About 'The Nightmare Before Christmas' That May Surprise You
Watch An Exclusive Clip From Trick or Treat Scooby-Doo!

This article was originally published on November 9, 2019