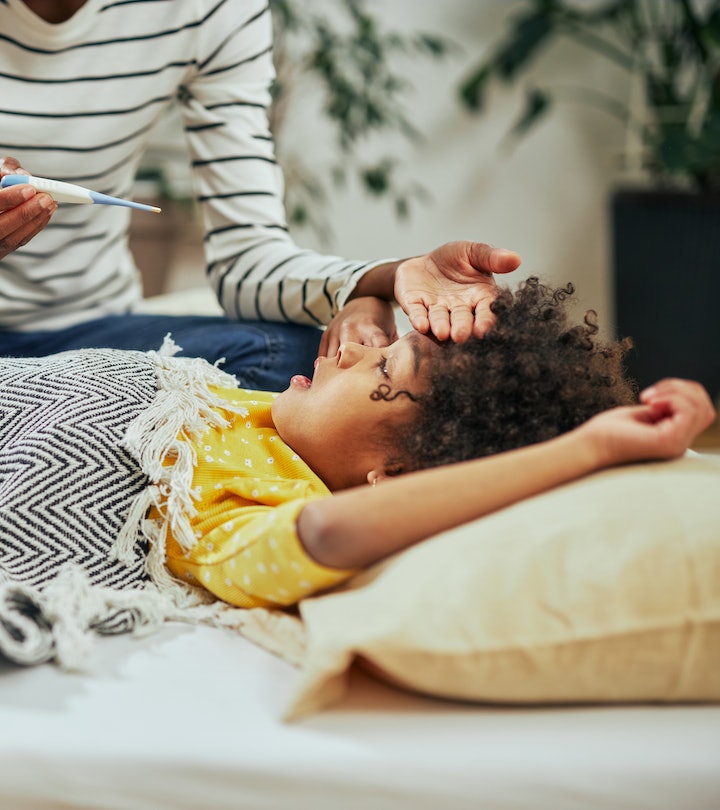 It's Not Just Covid: Doctors On Why Everyone's Getting Sick Right Now

No, you’re not imagining it.

In late March, my second grader tested positive for flu A. Over the course of about a week and a half, many of his classmates and his teacher were also hit with the virus. And we’re not alone; it feels like the flu is all over the place! Just when we thought we were through with that virus (you know the one), there seems to be another wave of sickness is sweeping the nation. Is it just our collective imagination? If no, why is everyone getting the flu right now?

Do more people have the flu this year than usual?

Pediatrician Dr. Natasha Burgert tells Romper that she is seeing “lots of influenza A, gastroenteritis, and RSV” at her private practice in Kansas City. “Typically May is a quiet month in the pediatrician's office,” she explains. “But this year, we are unusually busy due to all the illnesses.”

The Centers for Disease Control and Prevention (CDC) reported an uptick in late-season flu cases on March 18. According to the report, it was “an unusual time for flu activity to be increasing.” The report also noted that flu cases had declined from December to mid-January (the typical season peak) before rising again. As of May 6, cases were back in decline, but still cumulatively higher than previous seasons. “CDC estimates that, so far this season, there have been at least 5.7 million flu illnesses, 59,000 hospitalizations, and 3,600 deaths from flu,” states their website. The majority of circulating cases are caused by H3N2 virus, more commonly known as flu A.

The good news is that while current hospitalization rates for respiratory flu cases are higher than the end-of-season rates for the 2020-2021 season, per the CDC, they are lower than the four seasons that preceded the start of the Covid pandemic.

Is the stomach flu going around?

Here’s the thing, the “stomach flu” and influenza are not the same. “Although the influenza virus has been associated with symptoms of vomiting or diarrhea, the more common complaints tend to be fever, chills, and respiratory symptoms like cough, congestion, and shortness of breath,” Dr. Claire Boogaard, a pediatrician at Children's National Hospital, tells Romper. Chang adds that with influenza, any gastrointestinal issues typically arise after respiratory symptoms are present.

So, what exactly is the “stomach flu” if it’s not influenza? “In most cases when someone has a ‘stomach flu’ they have something called gastroenteritis, which is really just a fancy way of saying inflammation of the stomach and intestines,” Chang says. “In most cases gastroenteritis is caused by viral infections, though many bacteria like E. coli and Salmonella can cause enteritis (intestinal inflammation) and lead to similar symptoms.”

Symptoms of gastroenteritis can include nausea, abdominal pain, cramping, vomiting, watery diarrhea, fatigue, low-grade fever, and general malaise. “With respect to stomach bug illnesses, CDC definitely showed a recent surge in norovirus cases, but we don’t have complete data for the whole country,” Chang explains. “However, I’ve definitely been hearing of more families and patients complaining of GI illnesses spreading through their families in the last few weeks — primarily vomiting and watery diarrhea.”

Why is everyone getting sick right now?

It may not be a coincidence that as Covid restrictions have eased around the country, viruses like influenza and norovirus have seemingly spread like wildfire. “Decreased infection control is the main reason we are seeing an uptick,” Burgert explains.

“Pre-Covid, there was a rhythm, almost a calendar to common viruses,” Dr. Susan V. Lipton, chief of the Division of Pediatric Infectious Diseases at Sinai Hospital of Baltimore tells Romper. “They could surprise us with some early seasons or late, and occasional ones where they were on the wrong ‘schedule,’” she continues. And like with what is currently happening, “no viruses always follow the rules about what they are supposed to look like and do.”

Lipton says that “masking and attention to other hygiene is going out the window and very political,” which she says is the central cause of more viral illnesses circulating concurrently. Additionally, Lipton explains that children “have not developed immunity to the normally spaced-out viral illnesses they go through when it's not a pandemic and people aren't masking,” and some viruses are “breaking through now on susceptible people.”

Preventing the spread of the flu & other viruses

You can probably recite viral spread prevention strategies in your sleep by now, but to keep everyone in your home healthy, experts say that these measures are worth repeating once again.