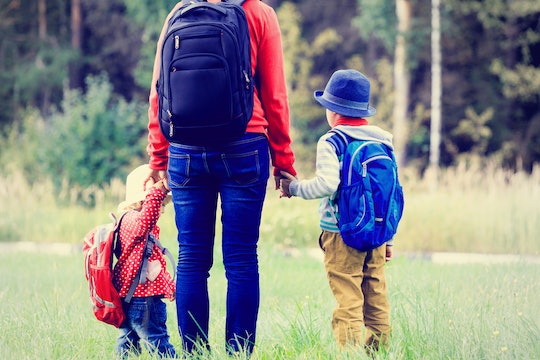 Nobody's perfect, including and especially parents. And when it comes to new parents you're multiplying all that imperfection by a zillion. It's honestly miraculous that human babies have survived millions of years of parental ineptitude. Still, as parents we grow, we learn, and over time we get pretty good at the whole raising people thing. In fact, the mistakes I made with my first kid helped me when it came time to have my second. I still made mistakes the second time around, to be sure, but I just made a different set of mistakes.

If you're a first child, know that your parents almost certainly had no clue what to do with you half the time and they lived in fear that someone would figure it out. And I say this as a first child, so trust me: I know. It's not that your parents didn't love you, or didn't try, or didn't prepare and read all the books. It's just that there's no preparing for the chaos of bringing a small human into your life. It's like getting a puppy that you're legally forbidden from keeping in a crate. And while all children are unique, in some of big ways they're also all pretty much the same. Like, they all need to eat and poop and sleep. So, thank goodness, you pick up a thing or two as you go about the business of raising them.

So if you decide and end up having a second (and then a third, fourth, whatever), it's safe to say you've conquered a lot of that learning curve. So with that in mind, here are some of the mistakes I made with my son that were not an issue by the time I had my daughter: