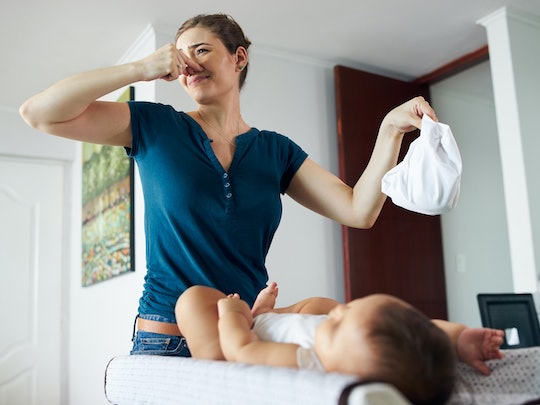 This is a story about poop. It's actually a bunch of stories about lots of particularly heinous poops, so if poop grosses you out just move on. If you think to yourself, "Dude, I'm a mom. I've seen some sh*t literally," keep reading, because you will chuckle in knowing sympathy. Don't get it twisted, you're still probably going to be a little grossed out, because even among moms these are some of the worst diaper blow-outs I've come across. That said, these are also some of the funniest diaper blow-out stories I've ever heard, because poop is funny. It's a law of nature. The world is round, the sun rises in the east, global warming is real, and poop is funny.

I almost feel as though poop being funny is an evolutionary trait that developed to help parents deal with parenthood. Here's the breakdown of what having a child is for the first few years: 30 percent feeding your baby, 15 percent trying to get your baby to sleep, 15 percent entertaining your baby, and the remaining 40 percent is dealing with poop. Remember the Bog of Eternal Stench from Labyrinth? That's basically where you live until about a year after your child is fully potty trained. Bowel movements take up a lot of your physical and mental energy. Pair that with sleep deprivation and, without a sense of humor, you'd go hopelessly mad before your infant cuts their first tooth.

So, yeah, parents lives are, necessarily, pretty poop-centric. At the very least parents lives are more concerned with poop than the life of a typical non-parent, and sometimes we need an outlet to talk about this socially taboo subject. (Incidentally, most of the people I spoke to wished to remain anonymous. It's almost though people don't want their names associated with baby poop stories. I can't imagine why.)