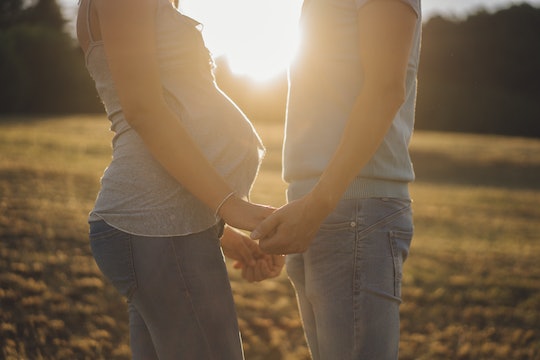 Moms Share The One Thing They Need More Help With

My mom says becoming a parent changes a woman's life far more than a man's. While that might seem like an old fashioned platitude, it may very well be true (at least, for some families). Women often take on an unbalanced amount of household and childcare duties, then struggle to balance work and life responsibilities. In many ways we need to demand more from our partners, which is why I listened carefully to a group of moms who opened up about the one way they wish their partner contributed more.

During my first fraught year of parenting I was combining and handling work, cleaning the house, and most baby-related tasks (as well as pumping and breastfeeding, mind you). In other words, I was exhausted. Finally I broke down and yelled at my husband for being unhelpful and inconsiderate, then I promptly burst into tears. His response was, "Well, just ask me if you need help."

This answer was infuriating in its simplicity and, in many ways, I wanted him to just "know" I needed help without having to necessarily express it. However, since I started asking him to help and assigning him certain jobs (like bath time, because batch time is the worst) I have felt more supported. So, while it would be nice if our partners could just read our minds, if you want them to contribute more in any of the following ways, just try asking.