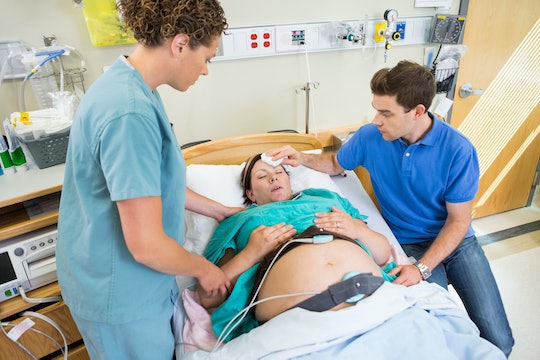 10 Of The Most Sexist Representations Of Labor In The Media

Growing up, I never realized how sanitized and "clean" most depictions of childbirth were on television. Once I had given birth myself, I had a much savvier perspective, and it dawned on me how sexist representations of labor in the media were and, sadly, continue to be. Other than the rare documentary, mainstream media’s portrayal of women giving birth has barely evolved over the last 40 years.

I think there is a strong correlation between the low percentage of female writers, directors and studio heads, and the outdated depictions of labor and delivery on TV and in film. The more women we hear from, telling birth stories from their perspective, the more honest and relatable we can make these kinds of on-screen moments to and for audiences. Every time I catch a scene that has a woman in labor, I cringe; not because I’m reliving the pain of the moment, but because it’s usually such an affront to us women and the labors and deliveries we actually go through. I mean, we could have directed this scripted version of birth more effectively.

I think witnessing childbirth makes a lot of people uncomfortable. I get that it’s an intimate moment and private parts are involved, but we all were born somehow. Women, since the beginning of time, have been summoning up the courage, strength, and stamina to bring babies into the world. The least Hollywood could do is to capture those amazing traits on the screen more consistently, instead of either using them strictly as comedic fodder, or contextualizing them as a way to show how “crazy” women are in the throes of active labor.

We will continue to fight the slapstick and hysterical stigmas that are often applied to women in childbirth. In the meantime, however, join me in giving a collective side-eye to these sexist representations of labor in the media:

More Like This
Ashley Graham On The “Fun, Organized Chaos” Of Raising Twins
These Stepmother's Day Instagram Captions Are Straight From The Heart
These Baby Boy Names That Start With "B" Are The Best
The 21 Most Popular Baby Names Of 2021 In The U.S.