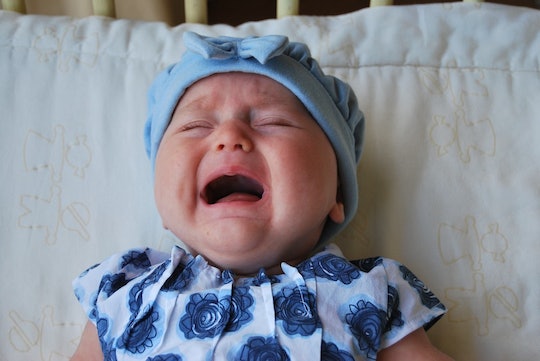 10 People Who Will Definitely Freak Your Baby Out

There are so many reasons babies are great. They're adorable, comforting, squishy, warm; they're like hot water bottles that kind of look like you. Another incredible baby fact? They have no guile whatsoever and have no real control over there emotions, positive or negative. When something freaks them out — both in good ways and bad ways — you will know it because they are incapable of holding back. Over the years and two children, I have learned there are surprising people who will make your baby freak out which, depending on who you're talking about, can be hilarious, unsettling, adorable, confusing, or embarrassing.

This phenomenon is really interesting to watch, both as a parent and an adult in general, because we don't ever really grow out of that base instinct, right? There's a reason so many "internally screaming" gifs and memes have popped up in recent years. However, adults have learned to keep such feelings to ourselves for the sake of propriety and social harmony. We've also learned, for the most part, to feel less viscerally than babies. (Well, most of us.) In other words, we prioritize our freak outs. Babies do not feel the need to differentiate the level of horror they express over a literal monster and that guy at the deli counter who made eye contact with them that one time against their wishes and now they hate them forever.

Good and bad, the freak outs will last for a while, so you might as well learn about some of the people who will probably prompt them: