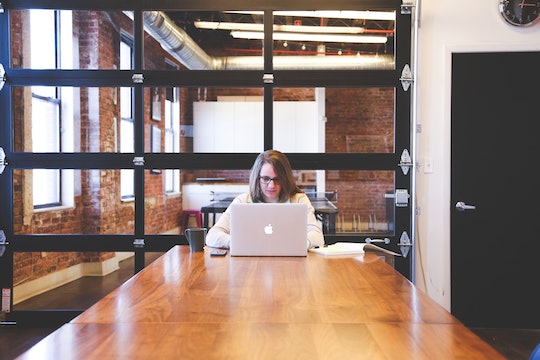 10 Things No One Tells You About Returning To Work After Giving Birth, But I Will

Everyone tells you coming back to work after having a baby is difficult. So I was prepared to experience that struggle when my maternity leave ended. But what were people not saying about those first days back in the office as a new mom? There are things no one tells you about returning to work after giving birth, but I will. They may not be universal truths for all working mothers, but they were things I wish I had heard more about so it wouldn’t have been such a tremendous adjustment to leave my baby and get in the mindset of work.

The first time I went back to work, we had a nanny for our daughter. She was cared for in our home, with all her “stuff,” and I could check in whenever I wanted. I remember the first day back at work, when I leaned into her crib to say goodbye, and she just smiled, while I teared up. But by the time I got through my first day, I knew I could do it again. I returned home to her, still smiling, and as the months and years passed, she rarely suffered from separation anxiety.

With my second baby, he, and his older sister, were going to full-time daycare when I went back to work. The night before I was to return, I had a full-on panic attack. “He’s only 12 weeks old. He’s too young. He’s not taking a bottle. I can’t do it. I can’t do this to him,” I cried to my husband. Cut to him, as a totally happy camper in the infant room, with doting caregivers who successfully fed him bottles.

My two experiences returning to work were so vastly different from each other, so I know that no two women will have identical journeys. But here are some things I experienced when returning to work after giving birth, which might be helpful, since nobody else seems to be talking about them: