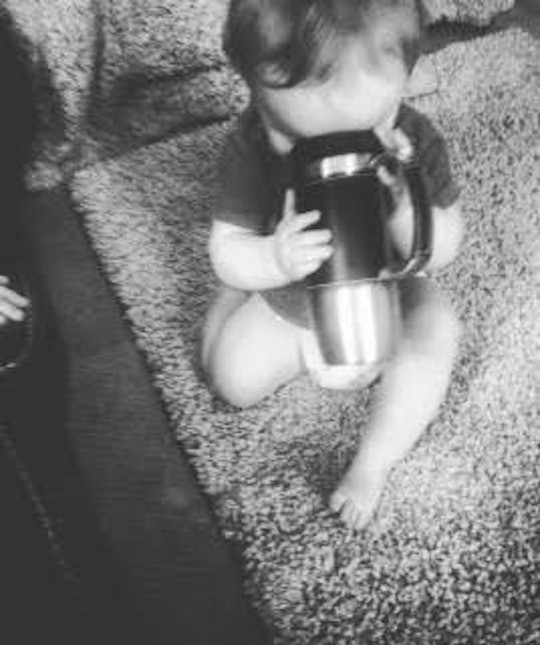 10 Things No One Will Tell You About Parenting Fails, But I Will

You don't have to search the internet for too long before you find one parent pointing fingers at another. Keyboards and computers have created seemingly "perfect" parents who dust off their pitchforks at the very hint of someone else's parental misstep. What many if not all of these particular parents care to acknowledge, though, is that none of us are immune to failure. Well, I'm here to burst their proverbial bubble. There are things no one will tell you about parenting fails, but I will, because just like I tell my toddler and soon-to-be toddler, "honesty is the best policy," and when you're a parent, honesty is what will help you realize that when you make a mistake or feel like giving up or worrying about not being "enough," you're not alone.

At some point, probably, we've all said smug things about parenting, probably before we became parents ourselves but even after we've successfully procreated and have been stuck in some "mommy war" scenario that us feel vulnerable and, therefore, combative. Most of us also, and eventually, realize that we were completely and utterly wrong to believe that a perfect parent, even existed, let alone was attainable or worth pretending to be. Still, there are some rebels out there who believe they've got all the secrets to success, and they aren't afraid to let us know it. The many reactions to the Disney gator attack on a toddler, for instance, are a sad reminder that some people still believe the "perfect" parent exists and, even worst, that they're it. Instead of offering sympathy and support, they rushed to judgment and ridicule. A family lost a son, but according to some of the parents in the comment sections of the story, it was "their own damn fault." Their words were harsh and ugly, not to mention unwarranted and despicable.

More Like This
10 Ways ‘Workin' Moms’ Is Basically A Crash Course In Parenting
Ashley Graham On The “Fun, Organized Chaos” Of Raising Twins
These Stepmother's Day Instagram Captions Are Straight From The Heart
Stepmom Quotes & Sayings For Every Occasion