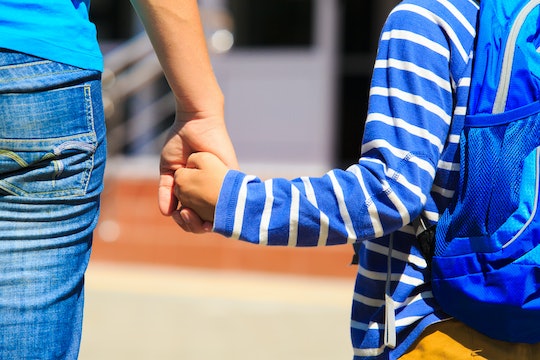 10 Things You Don't Have To Do When You Send Your…

Transitioning from the coziness of Pre-K to the vastness of kindergarten was a hard adjustment, for me. My first kid handled it fine. My second kid was so eager to grow up, he wanted to skip Pre-K altogether to try to catch up to his sister. Not so fast, buddy. I am less adaptable to change than my kids, apparently. Which is why it took me a while to figure out that there are things you don’t actually have to do when you send your kid to school, even though everyone says you do.

If anything, I over-prepared because I was anxious about sending my tiny child to a huge brick building that went through eighth grade. Turns out, I put way too much energy into some things that didn’t end up serving my or my kids’ school experience. Once I tossed any ambition I had about creating bento box masterpieces for their lunches, I learned to relax about the role school was playing in their lives, instead of letting anxiety put me into overdrive; scrolling through Pinterest boards to see how to craft sandwiches in the shapes of forest animals.

In addition to intricate meal planning, here are some things I discovered I don’t have to do when sending my kids to school, though other people might, and that’s fine for them. Whatever works.

(Disclaimer: There is one thing you must do. When you get the letter home about lice being found in the class — and you will get that letter — definitely do everything it tells you to do to prevent, or get rid of, an infestation. Just FYI.)