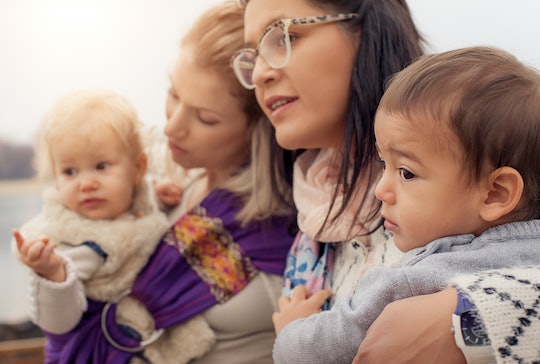 My partner and I both grew up with younger brothers, so having two kids ourselves felt like familiar territory. But since nothing ever properly prepares you for parenthood, my own upbringing with a little brother has mattered little. Only through trial and error, and listening to my gut, have I found a tiny bit of success trying to foster familial love between my two children. One thing that has become clearer to me, and as my kids get older, is watching what I say about my oldest in front of my youngest. Even when I don’t think they are listening, my kids are listening, and I need to make sure I don’t fuel the perpetual sibling fire with offhanded remarks about either of them.

Knowing the older sister/younger brother dynamic firsthand, I thought I could anticipate how our family life would look with an older daughter and younger son. That has backfired in a spectacular way, because the way a family gets along has little to do with its size or architecture. Instead, I'm realizing it has more to do with the examples we, as parents, set. I can’t expect my kids to stop yelling if I’m yelling at them to stop yelling. And I definitely can’t raise them to be trustworthy, caring people if I’m letting my frustration and annoyance at their behavior leak out of my mouth when they’re within earshot.

I’m still learning, but so far I’ve realized there are more than a few things I shouldn’t say about my older daughter in front of my younger son, including the following: