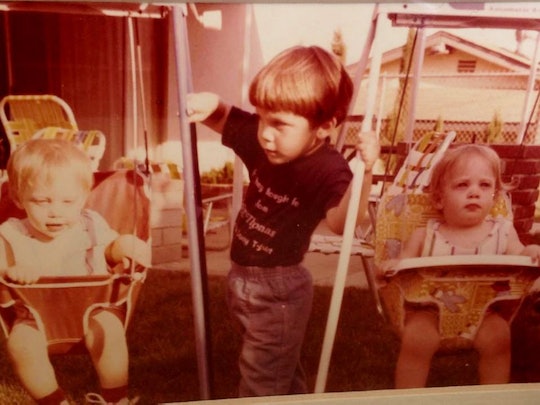 Growing Up In A Small Town Changed My Parenting

People have a tendency to wax nostalgic about how they were raised. I have to admit, in some ways my childhood was idyllic. Growing up in a small town, my siblings and I had the freedom to roam, the simple pleasure of playing outside until the sun set, and the luxury of living in a close-knit community where people took care of each other. Things weren't always perfect, but they were pretty great. In fact, growing up in a small town changed the way I parent my kids, but probably not in the ways that you think.

Recently I read that Republican Senator Ben Sasse (who lives about 50 miles from me) wrote a book about how "parents these days" aren't raising their kids to be self-reliant adults. Honestly, I think is pretty presumptive of him, since he has yet to raise a child to adulthood. He based his version of perfect parenthood and #adulting on his own experiences growing up in a small Midwestern town. It sounds good, but having had a pretty similar experience growing up, I can tell you that I learned an entirely different set of parenting strategies from my childhood. I also hope to teach my kids an entirely different set of "small town values," that are a bit less privileged than the Senator's.

Just a few days ago, I traveled back to my hometown. I told my husband stories about growing up — like how my neighbors always called ahead to let my parents know we were on our way home from school — but I was also reminded that so many small towns now have fewer jobs, opportunities, an, as a result, fewer kids returning as adults to raise their families. I also remembered that things weren't always so great. We may have not had internet bullies, but we certainly had bullies on the playground and at the ball field. Sometimes, "I'm telling my dad" meant those bullies would be held responsible at home, but sometimes it meant hearing "boys will be boys."

Now that I have kids, I can see how my parenting was shaped by growing up in a small town. Here are just a few:

More Like This
The 4 Main Parenting Styles & Which Is Best For Kids
The 35 Top Toys For 3-Year-Olds
If Your Kids Love Their Elf, You Don't *Have* To Put Him Away On Christmas
20 Ways To End Your Elf On The Shelf For Good