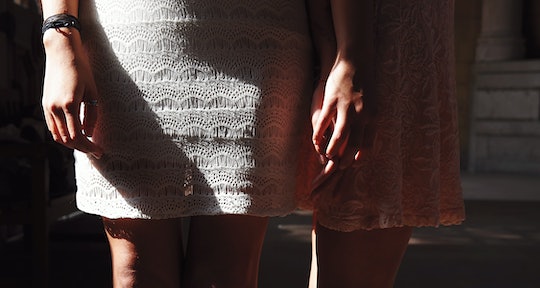 Postpartum depression (PPD) is the sort of pain that sneaks up on you. It's the sort of pain that you can't see from the outside, and to anyone that's never experienced it, finding the words to describe how truly painful it is can be difficult. I know. I've been there. I've also come out on the other side as a better woman and a better mother thanks, in part, to some of my mom friends. Mom friends can help a woman suffering from postpartum depression, arguably, more than probably anyone else can. Even if they don't have it themselves, they understand the eternal struggle that is motherhood.

The struggles of postpartum depression come with so many feelings of discontent. Guilt, sadness, and confusion are just a few of the daily emotions a woman suffering from postpartum depression may be faced with. In my own case, the guilt was the worst part. It consumed me. It was like an uphill battle that I would fight every day, and when I would get to the top of the hill and think that I was finally OK, something would happen that would send me all the way back down the the bottom. When I finally hit that bottom and looked at the hill I would have to start climbing again, I felt like I was drowning in guilt.

Postpartum depression can be terrifying, especially for someone who doesn't yet understand that what they're experiencing is out of their control. That's the scariest part. Though being diagnosed with postpartum depression is both disappointing and scary, it's also somewhat of a relief, as there is hope for those suffering from it. Part of that hope comes in the form of friends, especially mom friends. So if you've got a friend who you think may be suffering from PPD, here's how you can help her: