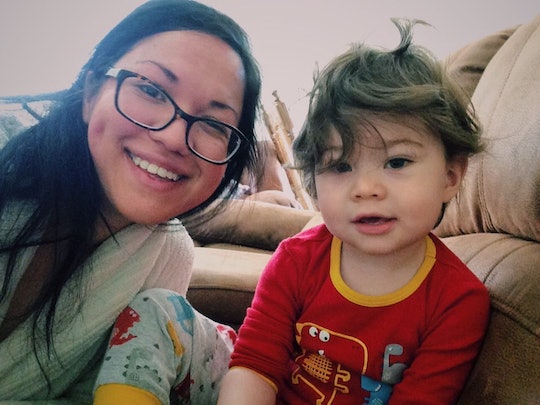 11 Conversations Feminist Moms Have With Their Sons

As the mother of a young son, I know that I have many enjoyable moments and complex conversations ahead of me. As a feminist mom who is excited about having those conversations, I am acutely aware that along with those complex heart-to-hearts, comes an obligation to be open and honest and inclusive. I won't shy away from the "tough stuff" or, in other words, the discussions that used to strike fear in the hearts of parents everywhere.

For example, I’m already beginning to speak to my child about consent, though for now it’s on a very basic level. However, I know that’s just the tip of the iceberg. As a feminist parent, there’s an almost overwhelming slew of things I’ll have to sit down and explain to my son (probably more than once), things that I know to never say to my son (because I don’t want him repeating them or absorbing the negative messages), and things that I’ll have to continuously teach him through my own actions and attitudes. While I know that our patriarchal society isn't particularly kind to men either (i.e. telling them they can't own or expression their emotions), it definitely isn't kind to women, and because I have a son, I feel an intense sense of obligation to make sure that my son doesn't add to that unkindness but, instead, works along side and with women to eradicate it.

In other words, it’s never too early to start preparing yourself to have these 11 important conversations with your son.