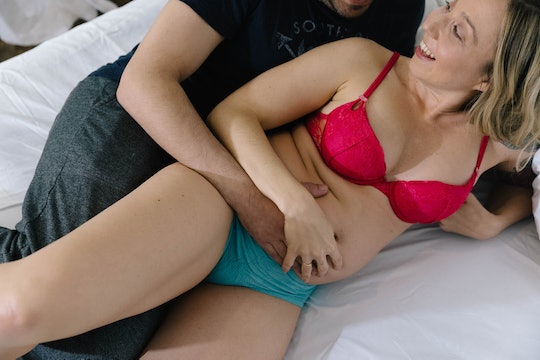 Everyone — including my husband at the time — told me how lucky I was to be able to relax and "put my feet up." I assume that none of those people had actually been on bedrest, though. Not only was I bored out of my mind, but I desperately wanted to get up and take care of things at work and around the house. That overwhelming nesting instinct doesn't stop just because you aren't supposed to lift heavy things or run to Target to pick up baby supplies. So my days were anything but relaxing. Instead, I spent my time worrying about my baby, contemplating life's many mysteries, and wishing I could take a damn walk.

So, yeah, trust me when I say that my fantasies were completely different when I was on bedrest. I wanted affection and snuggles, sure, but I also wanted someone to take care of baby-related responsibilities, listen to my fears, and stop me from Googling my symptoms. If I had made a list of the sexiest things someone could do for me when I was on bedrest, it would have looked something like this: