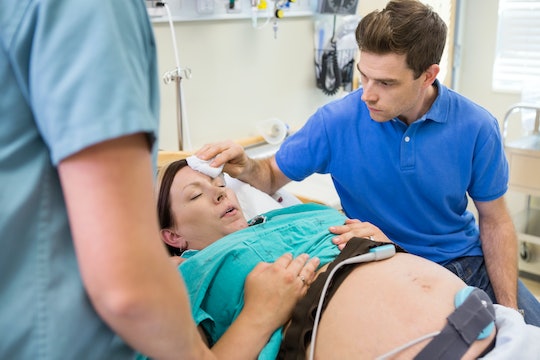 Your partner has delivered a baby before, via c-section, so this isn't your first rodeo. And since you've been here before, dad, you're probably experiencing a plethora of emotions and especially now that you're hearing the word "VBAC" being thrown around. In case you don't know, VBAC stands for "vaginal birth after cesarean," and these kinds of deliveries are on the rise. It's important to know, too, that there are things about a VBAC dads just don't get a say in. Sorry... except not really.

The first thing you should know is that, despite their past history of being unsafe and inadvisable, the old wisdom of "once a C-section always a C-section" is outdated. Because of improved surgical techniques, VBACs are, on the whole, considered quite safe. In fact, the American College of Obstetricians and Gynecologists (ACOG) suggests that most women who have had a previous C-section are good candidates to attempt a trial-of-labor (TOLAC) and VBAC. The second thing you should know is that a lot of women have feels about VBAC deliveries. For some, attempting a VBAC is extraordinarily important. For others, it's something they'd like but aren't dead-set on. For more still, it's something they have no interest in whatsoever.

Here's where you come in on this whole issue.

I'm sorry, guys. It's nothing personal. If it makes you feel better, I don't have a say in your partner's VBAC (or non-VBAC) either. No one does except for your partner and her care provider. Which means you, beloved father of their child, don't get to decide the following: