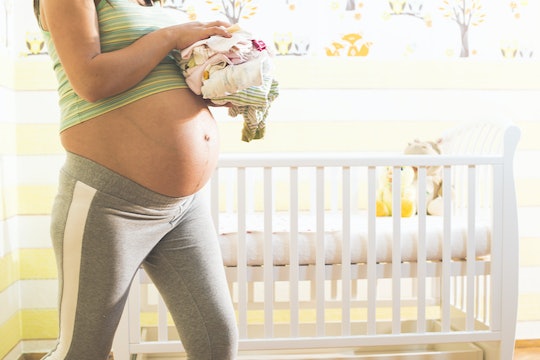 11 Things Everyone Told Me I Needed For My Baby, But I Didn't

It is a truth universally acknowledged: expecting parents are accustomed to hearing unsolicited advice. Now that my son is two, I kinda get it. I mean, parenting is a marathon, not a sprint, and new lessons and challenges continually pop up along the way, giving us knowledge that we’re desperate to pass on to other parents. Most parents I encountered were seemingly sharing tips with the best of intentions, but still; one parent’s advice won't apply to all parents. I found this particularly true about the things I was told I needed for my baby. In the end, the majority of those things weren't necessities. Like, at all.

I’m sure I’m just as guilty as other moms, too. I always try to hold my tongue when my friends announce pregnancies of their own, but sometimes unsolicited advice just slips out. I mean, I did things in my son's first weeks and and months and year of his life that I’m definitely not doing now, because trial and error is a very real thing. In fact, I’m sure that I’m doing things now that I won’t be doing a year from now. Of course other moms want to know, right? Right? Hello?

Either way, and in the end, I don't think sharing information (in a kind, respectful manner) is ever a bad idea. So, with that in mind, here’s the stuff that I probably shouldn’t have worried about having before my son arrived. I mean, I really could have saved the shelf space for extra diapers.