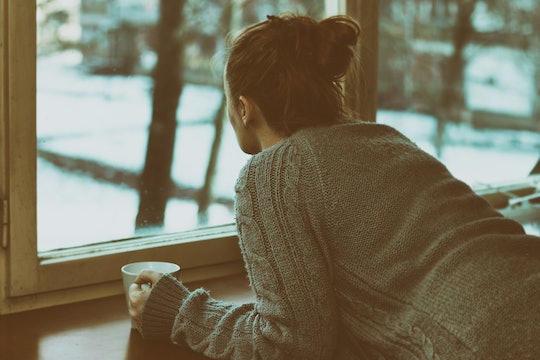 11 Things I Thought I Had To Do When Living With PPD, That I Really Didn't Have To Do

I kept my postpartum depression hidden from everyone except my partner, because I thought that was just what I had to do. I kept myself silent and I kept making dinners and I kept going to playdates and doing what I believed every happy, PPD-free mother does. I was afraid to talk about my postpartum depression or, at times, even admit that I was suffering from it, because our society has sufficiently stigmatized mental health and mental illness to the point that you're considered "broken" if you even whisper about it. Instead of creating more safe and supportive forums for open and honest dialogue, myths about postpartum depression are regurgitated and passed down and able to shape people's beliefs and opinions and, in turn, keep women from seeking the treatment they need. I was one of those women, and until I spoke about my postpartum depression and realized that I didn't have to do anything to prove I was a certain kind of mom -- that I was happy and fulfilled and "normal" -- I was drowning under a blanket of unnecessary expectations. Expectations society places on new mothers. Expectations I, in turn, placed on myself.

It took me a while, but just like I birthed a baby when I didn't think I could and became a mother when I didn't think I would and actually enjoyed getting up in the middle of the night to breastfeed, I did experience postpartum depression. I did struggle with PPD and I didn't have the postpartum experience I thought I was going to have. I also didn't have to do the following things, and neither do you.