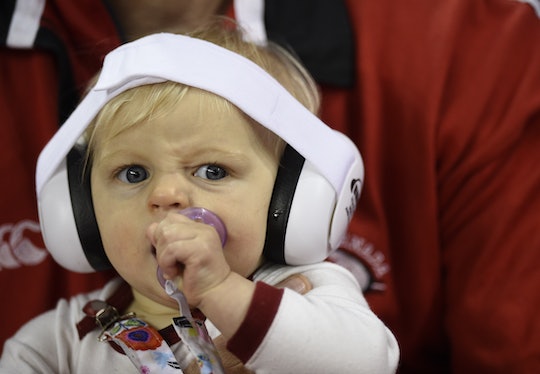 12 Creepy Things That Only Toddlers Do

Toddlers, though occasionally infuriating, are also hilarious. They say and do some of the funniest, cutest things to get a few laughs out of anyone who may (or may not) be watching, and they offer their parents a nonstop supply of adorable entertainment. They're mostly awesome, well, when they're not being complete jerks, but they're also a little, um, weird. Wait, no, creepy. Yeah, some of the creepy things toddlers do could keep you awake a night, wondering whether you've birthed Rosemary's baby.

I know this to be true, because I'm the mother of a couple of weirdos myself. My oldest is about to be three, and has become an extremely verbal child in recent months. Not all of what he says is adorable and sweet, though. Some of it really creeps me out. I get that kids say creepy things sometimes, but damn, toddlers are weird.

Sometimes I wonder what exactly is going through my son's head whenever he says or does something especially creepy. I mean, is it just a coincidence, or is he some sort of psychic? Or is he just weird, like every other toddler I've ever met? I'll let you be the judge, after you read the following 14 creepy things that toddlers do: