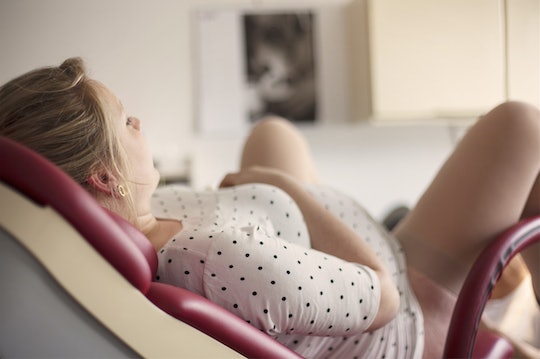 There's something about pregnancy that seems to make people lose their filters and say sexist, inappropriate, and downright creepy things. During my three pregnancies, I heard so many creepy things from so many people, including, unfortunately, my OB-GYN. The person I trusted to help me birth my babies ended up making me feel uncomfortable. And when I asked other moms to share the creepy things their OB-GYNs said to them, I learned that I'm sadly not alone.

Some of the things I heard came off as creepy because they were awkward, like the time the on-call OB-GYN asked me if I "was sure" my husband was the father of my baby. Then there were the misogynistic AF comments, like when the male OB-GYN asked me if my husband had a preference for whether I delivered vaginally. I also had a midwife ask my husband if he wanted her to give me an "extra stitch for daddy." If that's not disgustingly creepy, I don't know what is.

The moms I spoke with shared similar stories, and so many more, which made me wonder why people think it's funny to joke about reproductive anatomy or pregnancy in the first place. The same goes for speculating about a pregnant woman's sex life, and deferring to her male partner when the pregnant person is the damn patient. If OB-GYNs want their pregnant patients to trust them and feel safe, they need to stop saying the following things:

More Like This
From Sexy To Spooky, These Pregnant Halloween Costumes Will Make An Impression
New Report Shows 80% Of Pregnancy-Related Deaths Are Preventable
Zaya Wade Is Rocking New Long Hair & As Gabrielle Union Put It, She's A "Vision"
Are Boy Babies Usually Late? Signs Your Baby May Be Born Late