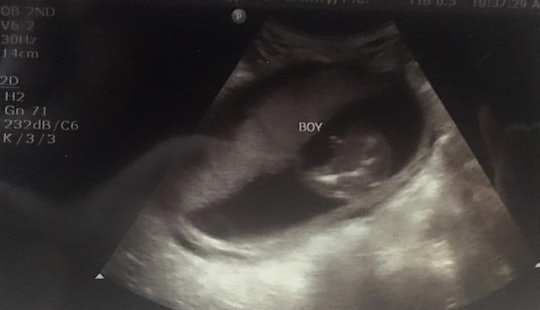 The Worst Questions To Ask About A Baby's Sex

People seem obsessed with gender in our culture. From the time you find out you're pregnant, people can't wait to find out "what you're having." It seriously pisses me off. Why are people concerned about my baby's genitals and my desire for boy or girl, as if a child of a particular gender makes a family complete? (See also: bullsh*t ideas about how kids will behave based on the sex they are assigned at birth. Spoiler alert: gender doesn't determine temperament.) There are so many questions people will ask you after you find out your baby's gender that are infuriating, irrelevant, and completely inappropriate.

Our family doesn't really do traditional gender roles, and we definitely don't view gender as a binary. While I completely understand that we are far from "normal" in this regard, I also know that the gender the doctor writes on your birth certificate may not match your gender identity, especially after you've had a chance to grow into yourself and find out who you are. All of the interest in my baby's gender (or rather, anatomy) seemed so silly to me. So much so, in fact, that we did a silly gender reveal video to protest. After all, gender is a social construct, not a set of anatomical characteristics.

I didn't always feel this way, though. When I was pregnant the first time, I seriously wanted a daughter. When the ultrasound tech told us that she had a vulva, I was overjoyed and excited to have a child who would look like me and who I could raise to be a strong, empowered feminist. Eight years later, as a mom to daughters and sons, I realize that gender is far less important than raising my kids to hold progressive, feminist values and to not buy into harmful stereotypes about who they are, based solely on their assigned gender.