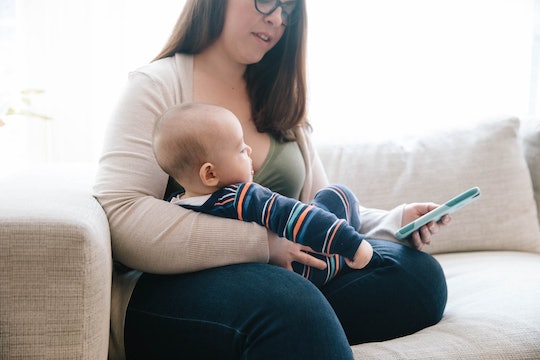 12 Reasons That One Mom Is Ghosting You

You had a first meeting other moms dream about and felt this instant, great connection. You speak each other's unspoken languages and, as a result, you've become inseparable. Then all of a sudden you're coming up on your weekly play date with your new mom bestie, but she hasn't reached out and your calls go straight to voicemail. It's like she's just disappeared, and you have no idea why. There are actually quite a few reasons "that one mom" could be ghosting you.

It's been awhile since I was part of the online dating scene, so "ghosting" is a relatively new word in my vocabulary. It's not a new concept for me, that's for sure. I've been both the victim and perpetrator when it comes to dating. I experienced more breadcrumbing because I was willing to accept so little from the person I was dating, but it would be hypocritical of me to complain. After a first date when I just wasn't interested, I'm guilty of just not responding to text messages. I avoid conflict, and that seemed like a good method, although I realize now how disrespectful that was of the other person's feelings.

I had no idea ghosting could happen in friendships, and mom friendships in particular. I know a lot of moms are hesitant to become close with me because my spouse is in the military and we move every three years. That's fine, but I think we can all agree that honesty is the best policy and ghosting is the worst way to end a relationship. Valid or not, this mom probably has her reasons. It's just that most of them make her sound a whole lot like that tool you met at a bar in college.