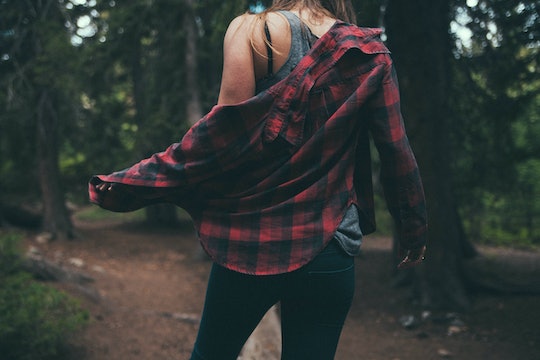 While I technically wasn't born in the '90s, that decade is when many of my most significant childhood memories were formed. Now that I’m a parent, I can’t help but look at things a little differently when I feel nostalgic and want to dwell on my boyband-loving days. I'm realizing that there are things '90s parents banned that today's parents wouldn't dream of saying "no" to, and suddenly my longing for the days of years past seems a little ridiculous because, well, my kid gets to do a bunch of stuff I never would have been able to do.

Sure, we were arguably (usually) considered to be "safer" group of kids when we were in the '90s, and parents weren't as worried about their children's safety as it seems they are now. For example, remember those hypercolor shirts? What exactly was in those to make them change color, and why did my parents let me wear them next to my skin? My parents were cautious, don’t get me wrong, but seriously things were different back then and there's no denying that those difference influenced parents in a way the millennial parents of today just can't understand.

Still, like every other millennial I know, I have a soft spot for '90s. Safety standards, technology, marijuana laws, and boybands have come a long way in the last two decades, and I expect that, once my toddler son is old enough to recognize that, he’ll appreciate this decade, maybe almost as much as me. Until then, I get to live vicariously in my memories, remembering what I could not get away with in the '90s that would (probably) be fair game now, or that are simply unavailable to me now (sigh).