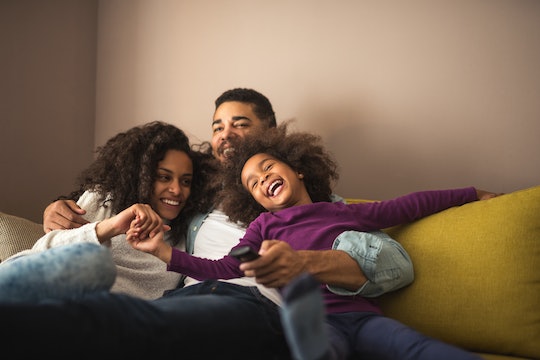 12 Times Moms Are Expected To Be Perfect, But Dads Aren't

First of all, let’s just abolish this “perfect” language when it comes to parenting. Perfect is unattainable and we’re all wasting too much time and energy living up to impossible standards. With that nonsense out of the way, we can focus merely on the different expectations society has for moms and dads, as in, moms are expected to be perfect, but dads aren’t. I understand where this comes from; until this century, most women were the designated primary caregivers and exclusively so, since they didn’t work outside the home. But women are working now, in numbers greater than ever, and there are now more working moms than ever before. Still, society’s perception of what responsibilities moms have to retain, while simultaneously working outside the home, is grossly different than how involved they think working dads should be in their kids’ lives. In other words, hello sexism and thank you for being the absolute worst.

Since the home had been a "woman’s domain" for so long, society seems to be having a hard time coming around to the idea that men can raise families, too. I’ve noticed that we are pushing harder than ever for women to lean in, but how can they lean in if men aren’t willing to lean out and take on more domestic responsibilities. Studies show that working moms still take on most of the household chores (including childcare). Women will never be able to gain parity until they can unload some of their tasks to their male partners for a more balanced distribution of all kinds of work.

Until that happens, we’ll continue to witness how moms are held to higher standards than dads, especially in the following (and rather infuriating) instances: