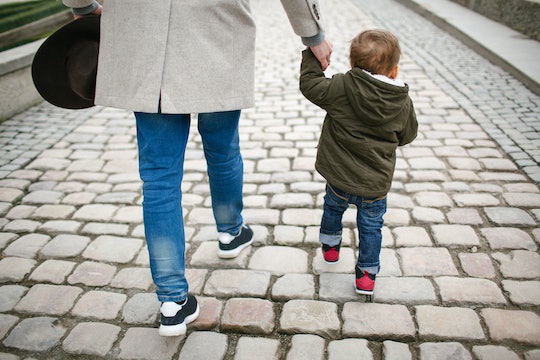 For many city parents, particularly those who hail from a suburb, theres question that hangs over them the moment they find out they're expecting: do you stay in the city, or move to the suburbs? Whether or not the parents themselves have any interest in this question is beside the point, and the answer is, depending on the parent in question, either agonizing or easy. Because there are things suburban parents do that horrify city parents... and that horror cuts both ways. It's a horror that leads some to say, "OMFG, how do you even live like that?" and a horror that makes others think, "WTF am I doing here when I could be in the suburbs?"

The relationship between city parents and suburban parents cannot be summed up in a single dynamic. On the one hand, you have city parents who love city-living but understand the pull of suburban living, so much so that it's a regular source of inner torment. They envy, at least sometimes, the suburbanites. On the other, you have city parents who have never, not once, ever dreamed of moving themselves or their offspring out of the comforting and chaotic borders of their big little town. They pity suburban parents (the snobbier ones look down on them), or at the very least just can't wrap their heads around why they do what they do.

I've had it both ways.

My son was born in New York City, which just so happens to be a fact of which he is inordinately proud and drops into conversation with enthusiastic gracelessness.

"I'm William and I was born in New York City right next to Central Park!"

My partner and I loved city living. We loved our neighborhood, easy access to a vast and dynamic number of cultures, public transportation, and all the rest. I loved the idea of raising a city kid, too. I'd spent some time working with New York public high school students and found that they had a certain spark and intelligence to them that suburban kids just... well... didn't have.

But here's the thing with cities: they're expensive. Crazy expensive. And when I looked at what continuing to live in a city looked like for my family, I couldn't see providing my child with so many of the wonderful childhood experiences I'd had as a kid... like eating. (OK, it wasn't that dire, but still.) This, coupled with the undisputed perks of life outside of New York City, ultimately landed my little family in the suburbs and, in time, "the country."

Five years later, I still desperately miss New York in particular and city-living in general. But, five yeas later, I love where I'm living in a way that makes me look out my window and smile. So I can see the horror on both sides and in the following ways:

More Like This
17 Best Potty Training Products For Toddlers
From Captions To Gifts, These Are All The Kindergarten Graduation Ideas You Need
These High School Graduation Speeches Will Give You Hope For Our Future
Grace Farris Wants to Talk About Her Air Fryer